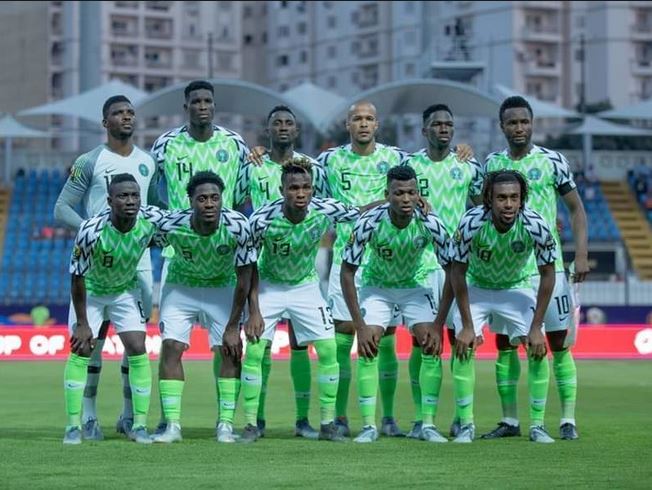 The News Agency of Nigeria (NAN) reports that Odion Ighalo’s early goal in the third minute gave Nigeria a 1-0 win over Tunisia in their third-place playoff on Wednesday.

The 30-year-old forward, who is the tournament’s top scorer with five goals, was gifted an easy tap-in following a Tunisian defensive mix-up at the Al Salam Stadium.

This was after Jamilu Collins’ cross from the left was poorly parried by goalkeeper Moez Ben Cherifa against the legs of defender Yassine Meriah.

NAN also reports that Nigeria, who dominated the game, has won the bronze medal at eight different Cup of Nations tournaments.

Rohr told newsmen during a post-match conference that he was satisfied with the team’s performance, adding that he was very positive about the future.

“We are satisfied with third place. We managed to beat Africa’s second-best team.

“It was hard, so we are good with it.

“I told the players that winning a small final was better than losing a big one.

“I am very positive about the future,” he said.

On his part, Coach Alain Giresse of Tunisia said that he was proud of what his team achieved at this year’s AFCON, adding that Tunisia had lots of hope for the next AFCON and World Cup.

“At the beginning of the tournament, we didn’t do well. But after that our performance evolved.

“Tunisia has been waiting for a semifinal since 2004, and here we are in a 24-team tournament.

“We have lots of hope for the next AFCON and for the World Cup,” he said.

Algeria plays Senegal in the Cup of Nations final in Cairo on Friday. (NAN)