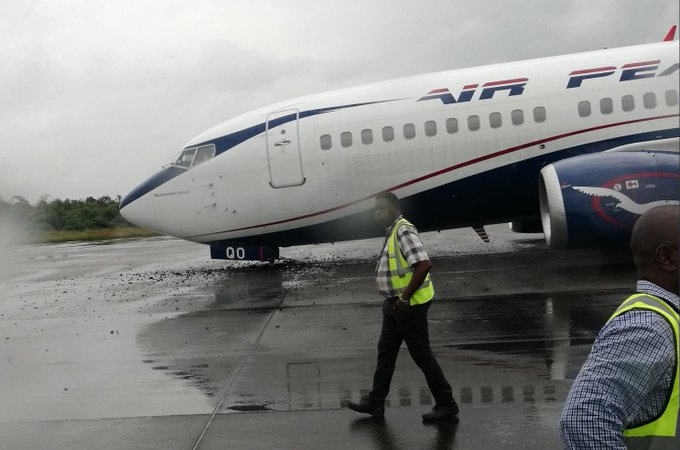 The Federal Airports Authority of Nigeris has confirmed that an AIR PEACE airline made an emergency landing in Lagos At about 1128hours this Tuesday.

A statement by General Manager FAAN corporare Affairs Henrietta Yakubu say the pilot while preparing to land in Lagos from portharcourt perceived it might encounter difficulties landing on the 18L runway due to sudden change in weather.

The pilot therefore requested to land on 18R and the request was granted.

However,in the process of landing, the nose gear developed a problem and partially collapsed.

FAAN was immediately notified and our officials swiftly ensured safe disembarkation of the passengers and crew via the passenger door.

All 139 persons on board were safely evacuated.

The Authority has cleared the debris on the runway and normal operations has commenced on Runway 18R.

The Accident Investigation and Prevention Bureau has commenced investigation into the cause of the incident.