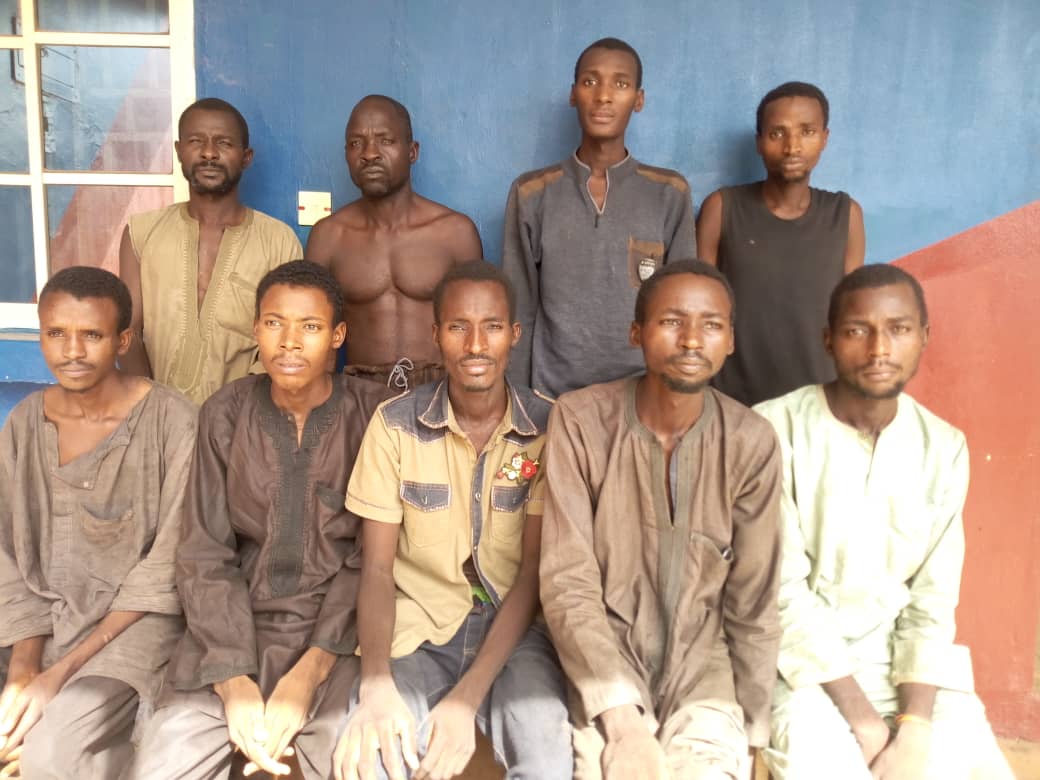 Troops of HARBIN KUNAMA III have successfully conducted a joint operation with troops of Operation HADARIN DAJI and personnel of the Nigerian police to clear bandits and other reported cases of robbery, cattle rustling and kidnappings in Katsina state.

The clearance operation which is aimed at destroying all bandits’ camps in Katsina state has yielded tremendous results.

In the course of the operation, troops conducted a cordon and search exercise while acting on credible intelligence reports at YAR SANTA village in Kankara Local Government Area and its environ.

At the peak of the exercise, one Mr Monday Chikwunka, 36 years old, an indigene of Delta state alongside sixteen (16) other bandits specialised in rustling cows, killing and kidnapping of citizens were intercepted.

Preliminary interrogation and confessional statements by the suspects revealed that the gang are responsible for most criminal activities in the State and its localities.

The ring leader (Monday Chikwunka) also served as medical aid of these criminals by providing medical assistance to the wounded bandits who sustained gun shot wounds and their families. He confessed treating the pregnant wife of the one of the most notorious bandit, DOGO NAHALLI who is still at large.

The suspects have been handed over to the appropriate security agency for further investigation and prosecution.

In a similar development, troops while on clearance operations, encountered a group of fleeing bandits and neutralized one of the criminals who tried to escape. Many camps belonging to the bandits were destroyed.

The following items were recovered from the scene:

The locals expressed optimism and appreciation while commending the efforts of Nigerian Army as well as other security agencies for ensuring the safety of lives and properties which enabled them continued with their routine activities including farming in the areas. Troops will continue to exploit by combing all hideouts of the bandits with the view to denying them freedom of action.

The General public are as usual enjoined to aassist troops and other security agencies by providing credible information on any suspicious activities and movements of persons or goods.