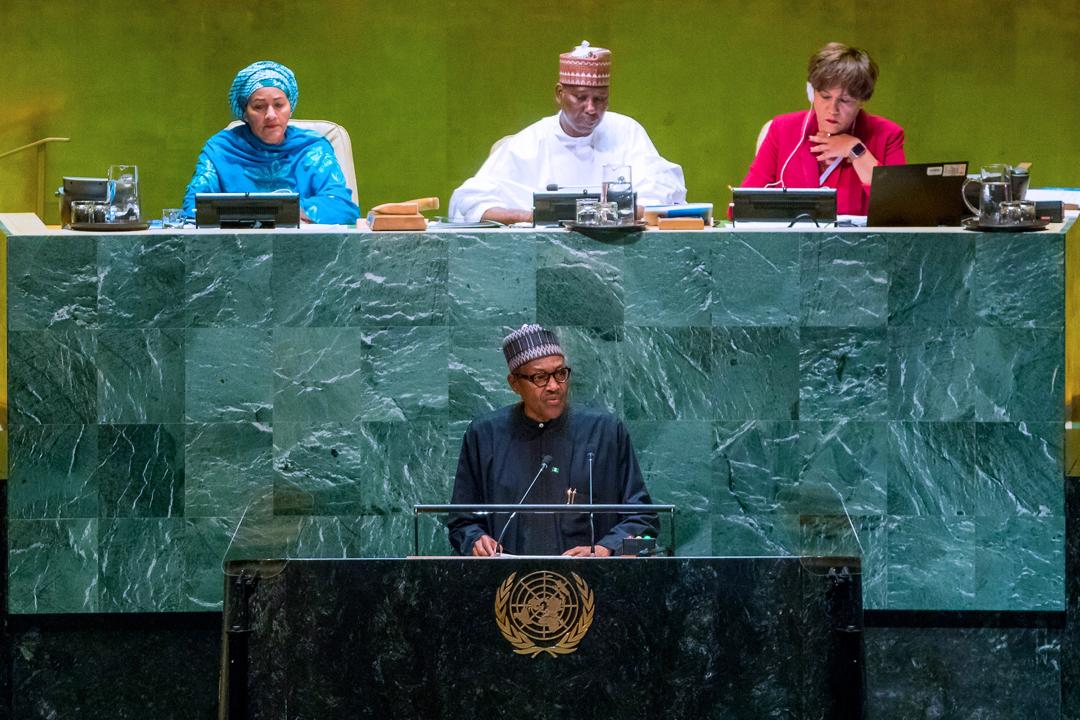 “The present Nigerian government is facing the challenges of corruption head-on,” President Muhammadu Buhari declared Tuesday in New York.
Presenting the country’s National Statement as the fifth speaker on the first day of the General Debate during the 74th Session of the United Nations General Assembly (UNGA74), the Nigerian leader also warned:
“We are giving notice to international criminal groups by the vigorous prosecution of the P&ID scam attempting to cheat Nigeria of billions of dollars.”
Holding social media outlets responsible for fuelling major crimes such as mass killings, President Buhari called on major tech companies to be alive to their responsibilities, adding that, “They cannot be allowed to continue to facilitate the spread of religious, racist, xenophobic and false messages capable of inciting whole communities against each other, leading to loss of many lives. This could tear some countries apart.”
He also declared that, “No threat is more potent than poverty and exclusion,” noting that, “They are the foul source from which common criminality, insurgency, cross-border crimes, human trafficking and its terrible consequences draw their inspiration.”
Describing poverty “as one of the greatest challenges facing our world,” President Buhari noted that, “Its eradication is an indispensable requirement for achieving sustainable development,” while highlighting his administration’s efforts to overcome the challenge.
On the 2019 presidential elections, he said “our people backed the politics of tolerance, inclusion and community over the politics of protest and division.”
In his speech reproduced below, the President reaffirmed Nigeria’s position on certain issues which impinge on global peace, security, progress, democracy and development.