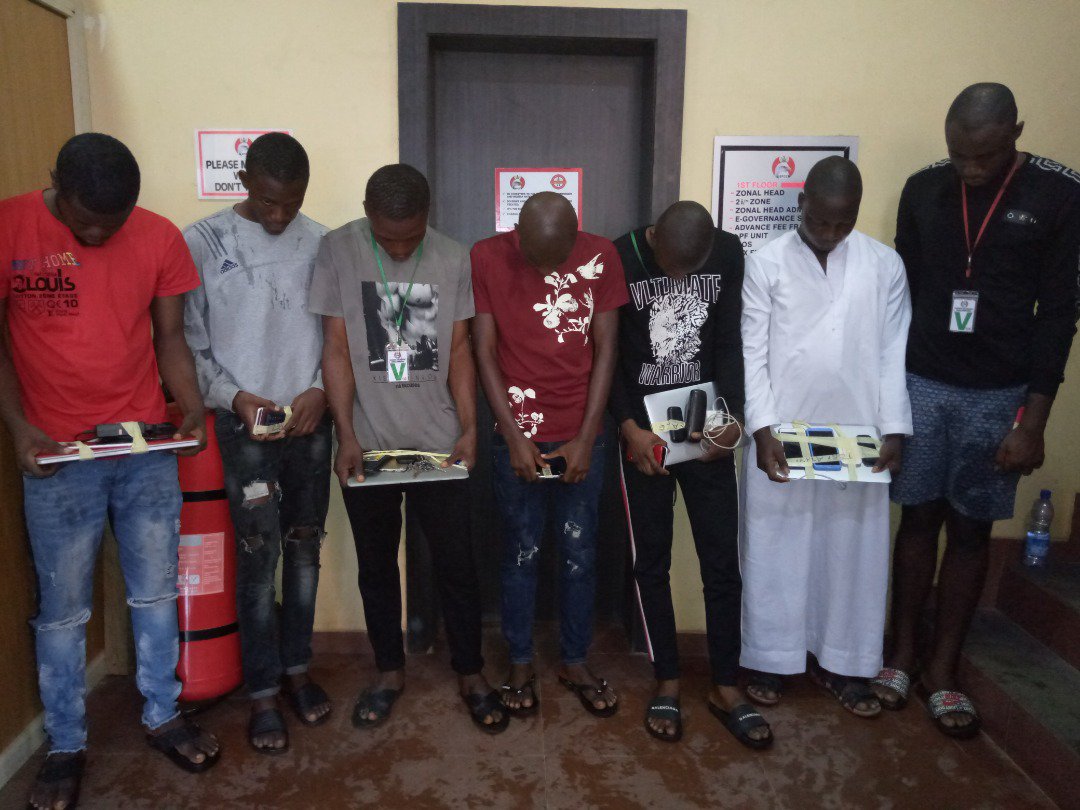 EFCC Arrests Five Undergraduates, 12 Others for Alleged Internet Fraud The Economic and Financial Crimes Commission, EFCC, Ibadan zonal office, on Monday, October 7, 2019, arrested 17 suspected internet fraudsters, among whom were five who claimed to be students of the Federal Polytechnic, Ado Ekiti.

The suspects were arrested in Ado-Ekiti, the Ekiti State capital following meticulous consideration of intelligence reports detailing their alleged involvement in internet fraud and other related offenses.

The suspects will be charged to court as soon as investigations are concluded.