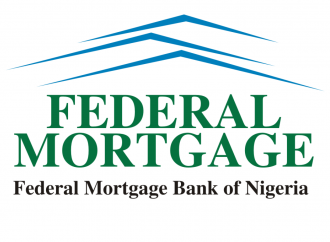 Dangiwa spoke in Abuja when Mr Ahmed Isah, President and Founder of Brekete Family, paid him a courtesy visit.

He said the bank was established to provide affordable mortgages to drive homeownership among Nigerian workers, particularly low and medium-income earners, which was done through the National Housing Fund (NHF) scheme.

Dangiwa said that Nigerian workers both in the public and private sectors contributed 2.5 per cent of their monthly income.

“Through the scheme, the bank has continued to provide affordable mortgages to Nigerian workers and construction finance for housing development.

“Our NHF individual mortgages loans granted at six per cent is the most affordable in the country and FMNB Home Renovation Loan with liberalised conditions for easy access by Nigerian workers.

“The bank also grants construction finance Cooperative Societies and Housing Corporation at 10 percent to increase our affordable housing stock and reduce the deficit.

“We have another product called Rent-to-Own Housing Loan, as a pilot, the bank’s funded estates spread across 23 states,’’ he said.

Dangiwa said that Nigerian workers must key into the NHF in order to benefit from any of the bank’s products.

In his speech, Mr Iyke Ezeago, Brekete Family Smart City Consultant, said that most ordinary Nigerian found it difficult to access funding in order to own a home.

He said that although the government had done a lot to ensure that the citizens had affordable houses.

Ezeugo said that the challenges of owning a house in the country were the lack of habitation for people living with disabilities and reduction of entry-level for those who wanted to own their homes.

He said that the developers were also not making things easy for Nigerians as most of them were not truthful in their dealings.

Ezeugo said that the family had a project called Brekele Family Smart City set to address the housing deficit in the country.

“We have seen that the bank has made a lot of progress by providing different projects meant to address housing deficit so we will like to know how we can key into it,’’ he said.

Isah said that the bank had the capacity but the lack of awareness as many Nigerians were not aware of FMNB products.

He promised to use its medium to educate Nigerians on the different products the bank had to enable them key into it.

“Before this our visit, we were not even aware of all the products you just mentioned which believe many Nigerians might not know about.

“The family will use its medium through programme which is listened to by millions of ordinary Nigerians, government officials, politicians, law enforcement, and even foreigners,’’ Isah said.  (NAN)