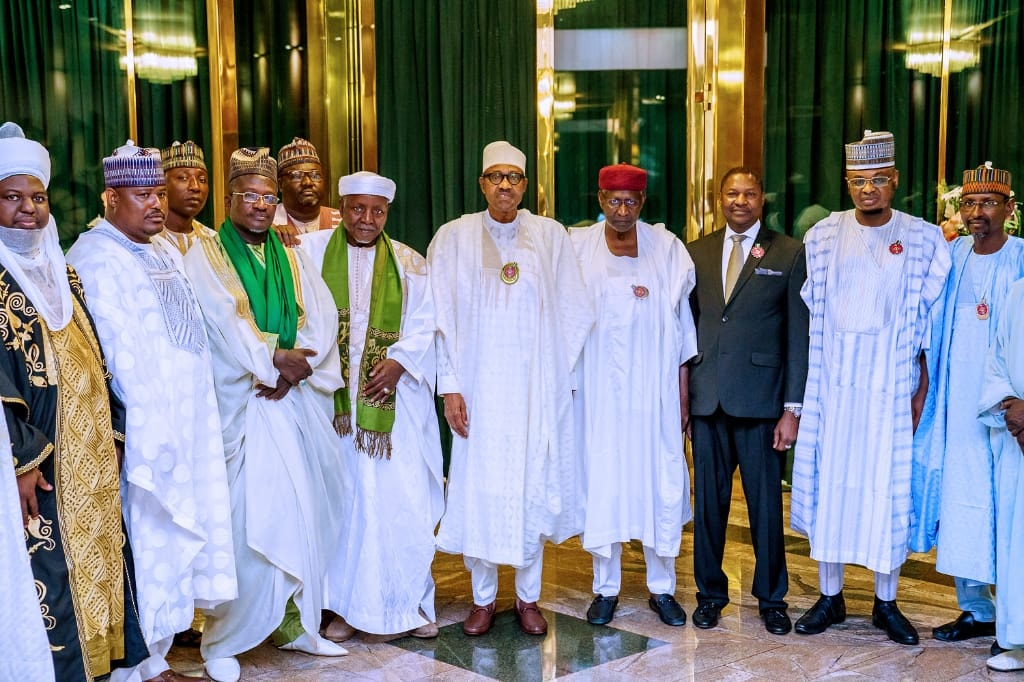 President Muhammadu Buhari Monday in Abuja expressed the strong determination of his administration to forge a strong, united nation from the diverse religious and ethnic communities in the country.

Receiving the Tijjaniyya Muslim Religious Movement at the State House, President Buhari lauded the prevalence of mutual understanding among the followers of the two major religions in the country, Islam and Christianity.

“It is generally said that differences divide people. We in Nigeria understand that there is no way a misunderstanding can cause division among us. We are one people,” he said.

President Buhari told leaders of the delegation, mostly Senegalese, that the Tijjaniyya religious order was not new to him or to Nigerians, citing specific communities around him who practised its ways and commended them for being orderly, peaceful and constructive.

“The requirements of our people, whatever religion they follow, and to whatever ethnic group they belong in Nigeria is the same.

‘‘They need security, education and participation in an inclusive economy. On this, we are being very fair to all Nigerians,” he said.

The Nigerian leader welcomed the prayers of the religious group for his wellbeing and for the peace and progress in Nigeria.

He urged them to convey his best wishes to President Macky Sall of Senegal, saying: “ I assure you that I am very close to your President. He addresses me as ‘Baba’,’’.

The leader of the delegation, Sheikh Muhammad Lamin Inyas, son of one of the greatest Muslim religious Leaders in West Africa, Sheikh Ibrahim Inyas said their father brought them up to love and appreciate his large following in Kano and Nigerian cities.

“We are part of this country. We have come here to renew ties and the bonds of relationship. This is our reason for the homage,” he said.

The delegation prayed for the realization of best wishes and aspirations of President Buhari, and for unity and solidarity among the universal followers of the religion.