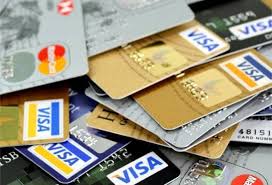 Lady caught with 23 ATM cards hidden in her private part

Police in Dar es Salaam, Tanzania, has reported that a woman identified as Halima Juma, was arrested with 23 ATM cards allegedly tucked inside her private parts.

According to k24TV the 23-year-old was suspected of stealing money from bank users after illegally obtaining their ATM cards.

She was arrested on Tuesday at a bank ATM gallery in Mbagala area of Dar es Salaam when a bank official saw her use different ATM cards of the same bank to withdraw money from ATMs.

“After being busted, Halima, a resident of Chalinze, tried to escape, but she was cornered by the bank’s security guards, who handed her over to police,” the medium reported.

“A body search conducted on her yielded 23 ATM cards that had been hidden in her private parts.”