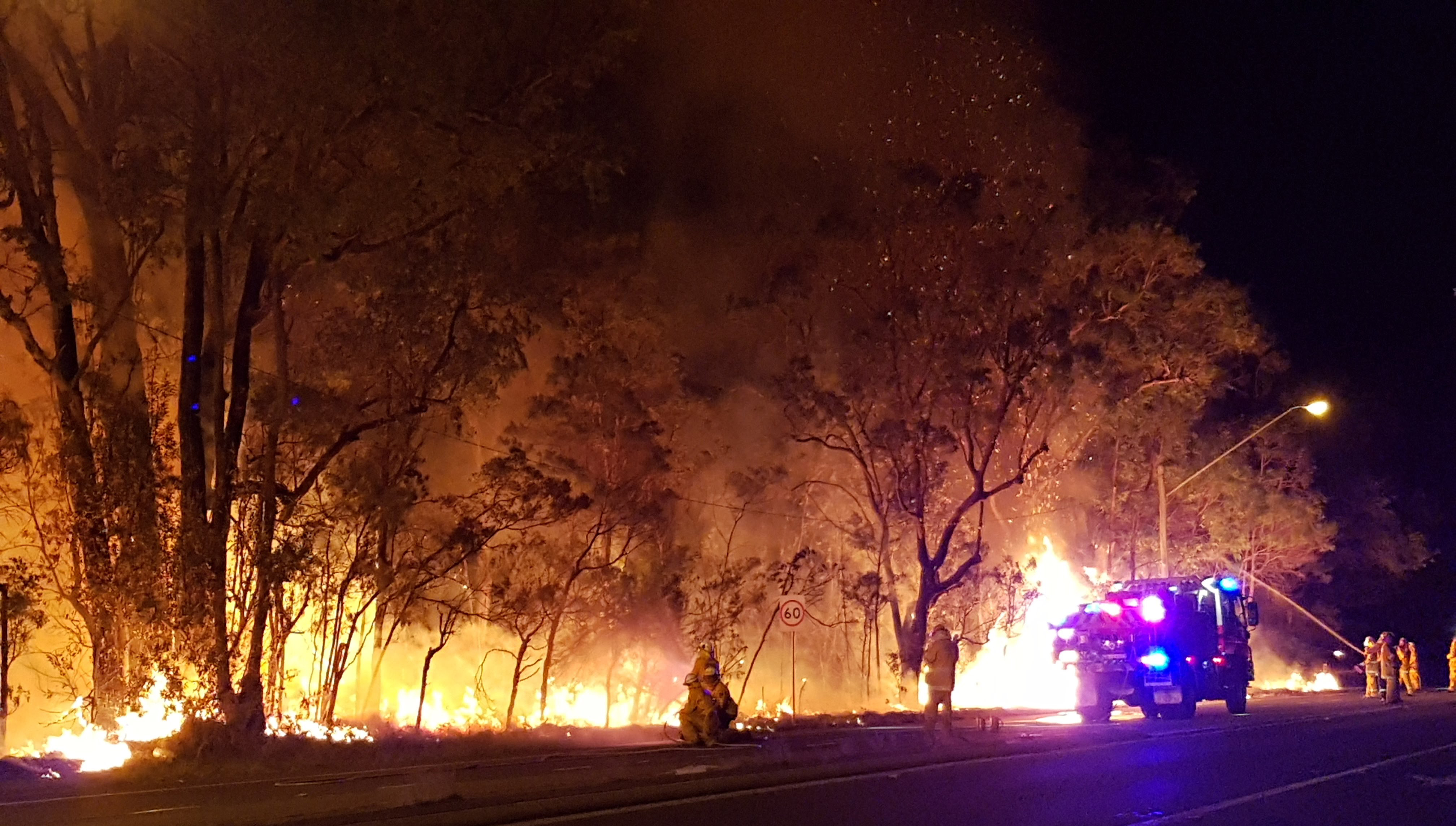 Three teenagers have been arrested after a suspicious fire threatened homes and a retirement village in Queensland.

The large bush fire began burning near Kruger Parade in Redbank, west of Brisbane, about 3 p.m. on Tuesday.

A significant amount of bush land was destroyed by the blaze, which allegedly threatened homes along Henderson Street and the retirement village on Kruger Parade.

Four hours later, another suspicious fire was allegedly lit near Eric and Albert Street, in Goodna, about 7p.m.

The fire, which had the potential to cause significant damage to nearby homes, was controlled by local crews.

A 15-year-old boy has been charged with setting fire to crops and endangering property by fire.

He will be dealt with under the provisions of the Youth Justice Act.

The remaining two boys, aged 15 and 16, are expected to be charged in the coming days.

In a statement on Wednesday, Queensland Police asked the community to work with authorities to prevent fires.

‘With fires still active across Queensland, the priority of emergency services is reducing any further impact of the fire, ensuring community safety and protecting property,’ they said.

‘Parents and carers are urged to speak to their children about the consequences of lighting fires in this time of heightened danger and whilst on school holidays.

‘The consequences can be dire – people can die, properties can be lost.’