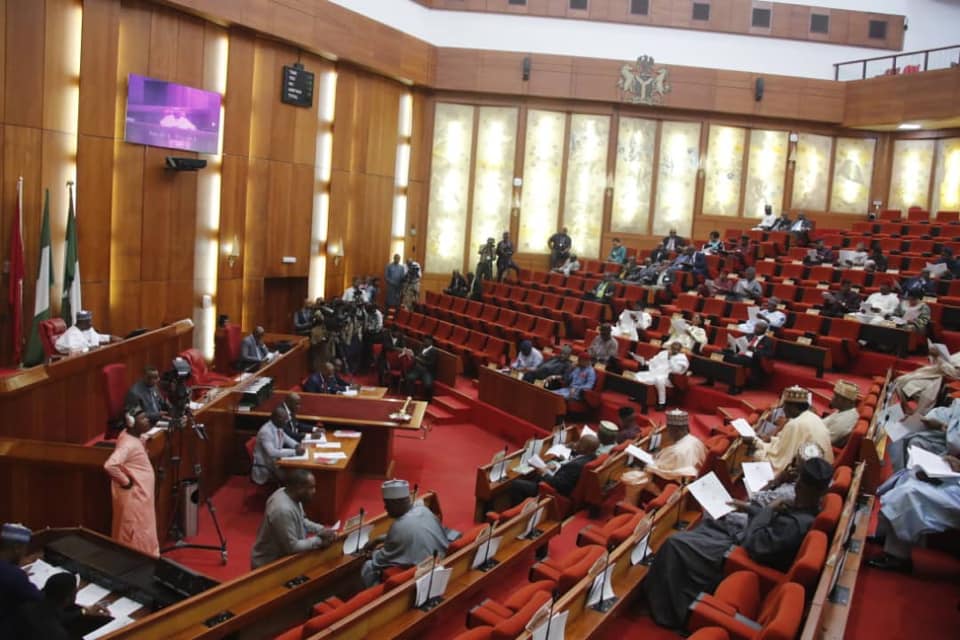 A new Legislative Day in the Senate of the Federal Republic of Nigeria! Senate President, Dr. Ahmad Lawan PhD, CON led the Principal Officers into the chambers; took the official prayers; and began the day’s proceedings at 10:45am.

EXECUTIVE COMMUNICATION‬
‪Senate President, Ahmad Lawan PhD, CON read a letter from Mr. President on the appointment of Chairman and members of the National Hajj Commission of Nigeria.‬

POINT OF ORDER
Senate Leader cited Order 43 and informed the Senate on the passing away of Honorable Jaafar Ilyasu Auna.

Senate resolved to:
1. Observe a minute silence; and
2. Suspend all items on the order paper to another legislative day.