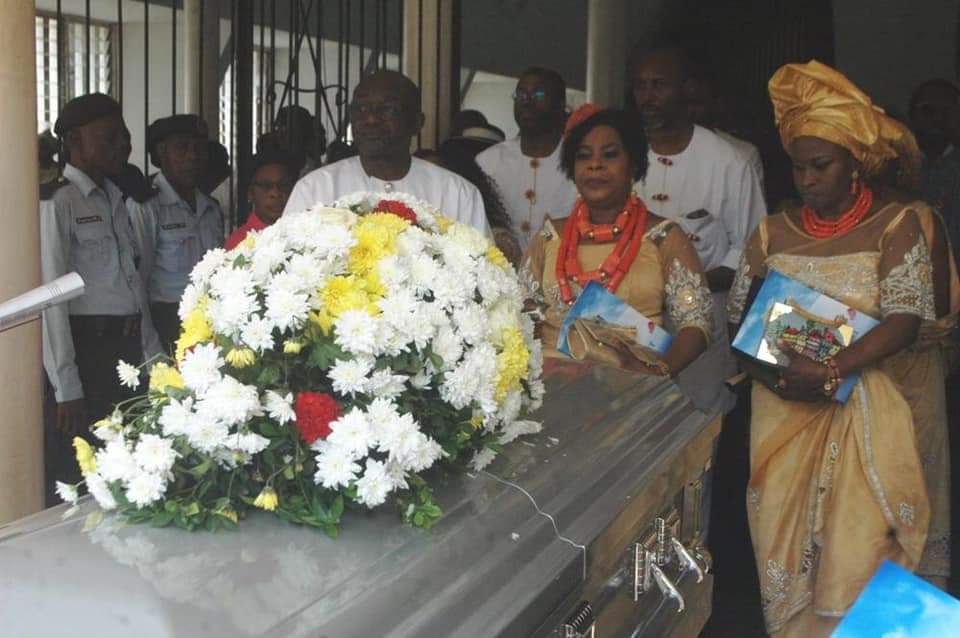 At the commendation service for the former minister, held at the Chapel of Resurrection, University of Ibadan, the President said Prof David-West would be sorely missed for his integrity, sense of accountability, and radical opposition to corruption.

President Buhari was represented at the event by Minister of State, Petroleum Resources, Timipre Sylva, and Special Adviser on Media and Publicity, Femi Adesina.

Also at the event were the Governor of Edo State, Godwin Obaseki, renowned academics, politicians, family members and admirers of the eminent virologist, who had attained national and international acclaim.

“The late Professor stood for all that was noble and just,” President Buhari said through his Adviser on Media, adding: “He had an indomitable spirit, stood by whatever he believed in, and was very loyal. May his soul Rest In Peace.”

The President urged Nigerians to emulate the virtues of the former minister, including his scrupulous commitment to scholarship, timeliness and loyalty to motherland.