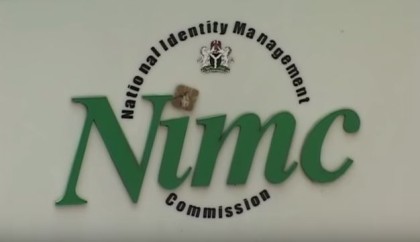 The National Identity Management Commission (NIMC), says it has extended enrollment of Nigerians in Diaspora to those residents in Togo, Niger Republic, Ivory Coast and the Republic of Ireland.

He said that only NIMC that had been mandated to enrol Nigerians into the National Identity Database.

He added that NIMC would issue unique National Identification Number (NIN) upon successful enrollment by applicants.

“The enrollment in the aforementioned countries is in partnership with Kevonne Consults Limited, Slogani Consults Nigeria Limited and Knowledge Square Nigeria Limited, all Nigerian owned companies licensed to serve as agents on behalf of NIMC across the globe,” he said.

He said, NIMC Director-General, Mr Aliyu Aziz, had earlier reiterated that the programme was to make it easier for Nigerians in Diaspora to be identified.

According to him, the Federal Government has made possession of NIN a mandatory requirement for acquisition or renewal of International Passport.

He said that the Diaspora enrollment would involve demographic and biometric data capture of Nigerian resident in the four countries.

He said the enrollment in Togo would be conducted on the same date at. Sis Cite Depute, magasin 6 portes, cote oppose ECOLE KOIREE.

He said it would hold in Lome, Togo on the same date at 2073 Jean-Paul II Boulevard Ancien Immeuble Air Burkina.

“While in the Republic of Ireland, the exercise will be conducted in Dublin, on Jan. 14, 2020 at Unit 9 Porters Avenue, Cool mine Ind Estate Dublin15,” he said.

He said that a Nigerian firm Knowledge Square Nigeria Limited has been licensed to open centres in Chicago, Canada and London to complement the centres operating in these countries.

“The exercise will commence in Chicago, USA on the Dec.13 at Africa International House 6200 S Drexel Ave, Chicago, IL 60637.

He said, NIMC also licensed UGS Technologies Limited to operate as an agent in Minnesota, USA, which is set to commence on Dec. 10, 2019, at Orange Hook Inco. 319-Bery Ave.S.Ste.-300 Wayzatta Minnesota. (NAN)