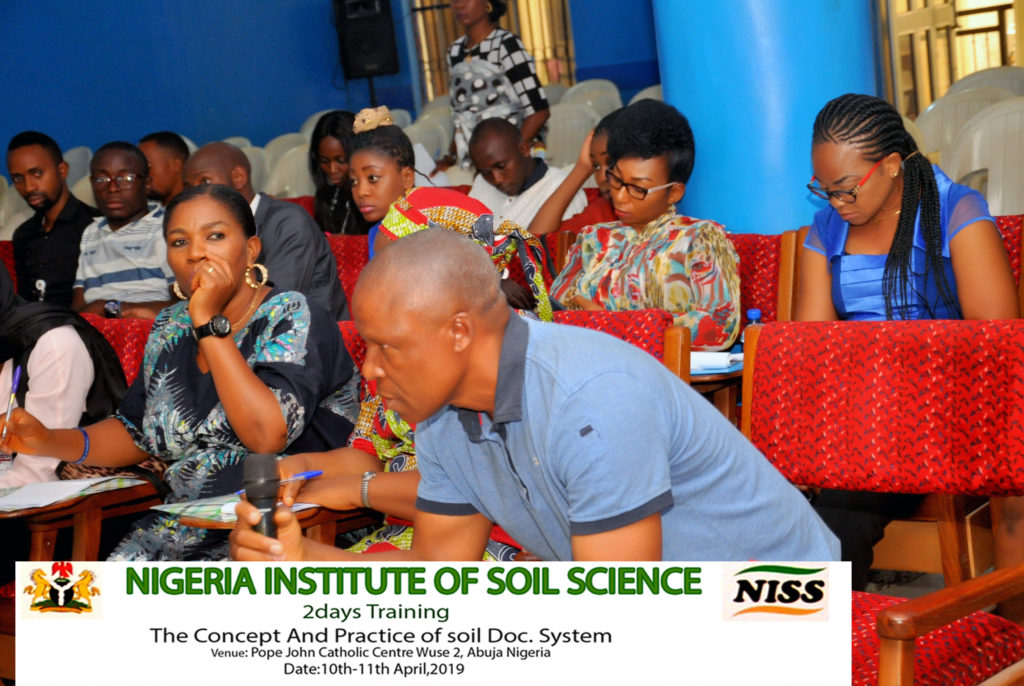 The Nigeria Institute of Soil Science (NISS) has solicited the support of the Federal Government in providing detailed survey and mapping of soil resources to ensure appropriate land use and management.

Prof. Ayo Ogunkunle, President and Chairman of the Council of NISS, made the appeal at the inaugural induction of 150 soil scientists by the institute in Abuja.

Ogunkunle, who identified detailed survey and mapping of the nation’s soil resources as a crucial requirement for appropriate use and management of the soil resources, described it as long overdue.

“Normally, a detailed soil survey is the first aspect of the all-encompassing national soil policy, which Nigeria requires so as to ensure that the soil resources of the nation are preserved for future generations.

“This is why the United Nations has set aside December 5 annually as World Soil Day to create awareness of the unique importance of the soil to human existence and the need to take all possible actions to prevent its degradation.

“Soil is a vital and a non-renewable component of the ecosystem. Agricultural soil is the real wealth of a nation as it is basic to human existence; essential for food, feed and fibre and fuel production.

“The best variety of any crop will perform poorly on degraded soil.

“Therefore, the soil resources of a nation must not be neglected or allowed to degrade beyond profitable agricultural use,” he said.

Ogunkunle, who observed the existence of quacks in all professions, emphasised that attention was mainly focused on the medical profession due to the immediate effect of wrong diagnosis or drug prescription on human life.

The president identified the impact of quacks in soil scientists as equally dangerous, specifically with regard to wrong fertiliser type recommendation, wrong analytical results or wrong interpretation or wrong evaluation of soil quality.

According to Ogunkunle, the negative impact of these could affect thousands or even millions of people and animals for several years before detection.

He said the importance of the regulation of standard qualification and skills of soil scientists could not be overemphasized.

Ogunkunle, who explained that the induction was to establish the culture of standard in the institute, congratulated the inductees for the privilege. (NAN)