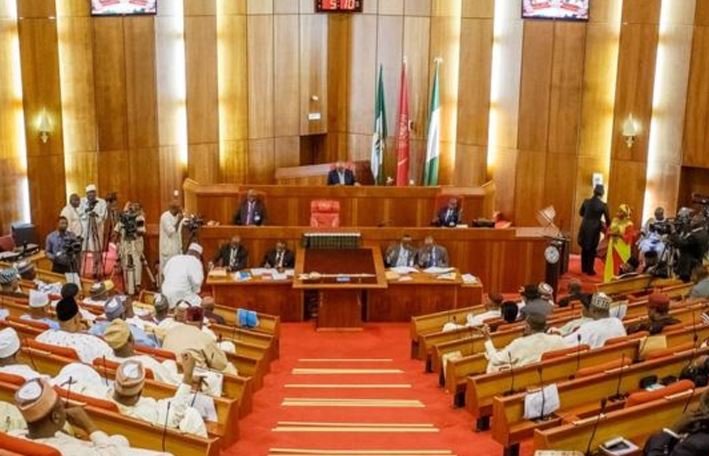 The Senate on Thursday, officially announced the demise of Chairman, Senate Committee on Employment, Labour and Productivity, Sen. Ben Uwajumogu and subsequently suspended plenary in his honour to Friday.

This followed a motion by the Senate Leader, Yahaya Abdullahi during plenary and subsequent Senate resolution suspend Rule 13 of the Senate in order to conclude and finish businesses before the legislators embark on Christmas and New Year break.

“Going by our tradition, I move that a minute silence be observed in honour of the deceased,” Abdullahi moved.

While raising Point of Order ’43’, Abdullahi said that the late Uwajumogu who represented Imo North Senatorial District, died at 51.

“We regret to announce the tragic loss of our colleague, Sen. Uwajumogu. Nigeria has suffered a great loss. He had made his contribution on the floor of the Senate a day before his death.

“It was a loss that startled all of us. We pray God to grant his soul eternal rest,“ he said.

The Senate Leader further noted that the late Senator was a former Speaker, Imo House of Assembly and a Senator per excellence.

Seconding the motion for the suspension of plenary, Senate Minority Leader, Sen. Eyinnaya Abaribe stated that: “As Igbos, we have several names that we use whenever death happens.

“You can have names like ‘death, don’t come’, but the one that we give that is most appropriate today is that death will never take away your name.“

“Today while supporting this motion, I want to let all Nigerians know that death will not take away his name from us.”

In his remarks, the President of the Senate, Ahmed Lawan, said that suspension of Rule 13 was to enable the Senate sit on Friday which he noted was not a ‘sitting day.’