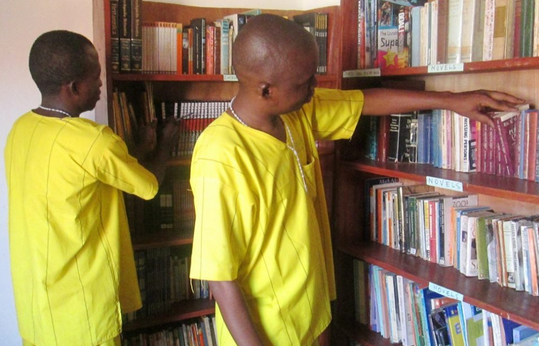 Network of University Legal Aid Institutions Nigeria (NULAI) says it provided legal aid services to no fewer than 436 pre-trial detainees of the Kuje Correctional Centre in 2018 and 2019.

NULAI, a non-government organisation (NGO), said the move was to decongest the prison.

Senior Programme Director, NULAI, Mrs Odinakaonye Lagi, said this, on Thursday, during an event held in Abuja in honour of the group’s pro-bono lawyers who were part of the “Reforming Pre-trial Detention in Kuje Prison Project.”

Lagi said that NULAI Nigeria had in collaboration with a consortium of partners and with support from United States Department of State’s Bureau for International Narcotics and Law Enforcement Affairs (INL) launched the project.

“This is to support the Nigerian government’s implementation of Administration of Criminal Justice Act (ACJA) and achieve a significant reduction in the size of the pre-trial detention population in Kuje Correctional Centre.

She said that the project was a two-year project which commenced in 2018.

“Reform Kuje is a two-year project that commenced in 2018 to support the institutionalisation and operationalisation of a new Nigerian Correctional Information Management System (NCIMS) and Case Management Module (CMM).

“It is also to provide legal aid services to more than 250 detainees per annum awaiting trial in Kuje Correctional Centre, and advance effective coordination, sharing of information, and documentation to enhance the NCIMS.”

She further said that available data as at October 2019 for Kuje Correctional Centre recorded 1, 284 inmates enrolled on the NCIMS.

“A case manager tracks an average number of 650 detainees processing through the courts monthly; case manager identified 163 cases with no adjournment dates as far back as December 2017.

“Pretrial detainee ratio remains at 80 per cent at each snapshot; however, monthly inflow and outflow shows equal ratio.”

The programme director further noted that the project established a Law Clinics’ Partnership for Kuje Prison (LCPK) composed of law clinics from University of Abuja, Nile University and Baze University.

“Through the LCPK, Law students track key indicators and monitor the effectiveness of the Kuje Pre-Trial Detention Case Management System and implementation of the ACJA.

“This is done as law clinics and law students in collaboration with Legal Aid Council of Nigeria and with support from pro-bono lawyers provide legal services to pre-trial detainees at the prison.”

Also speaking, Prof. Ernest Ojukwu, President, Network of University Legal Aid Institutions (NULAI), said that the problem with the correction centres was that the facilities had not been made for the number of people there.

“So you have an overflow of people who are locked up that are using facilities made for a smaller percentage of people.”

He, therefore, called for government’s efforts to ensure correction centres across the country were decongested.