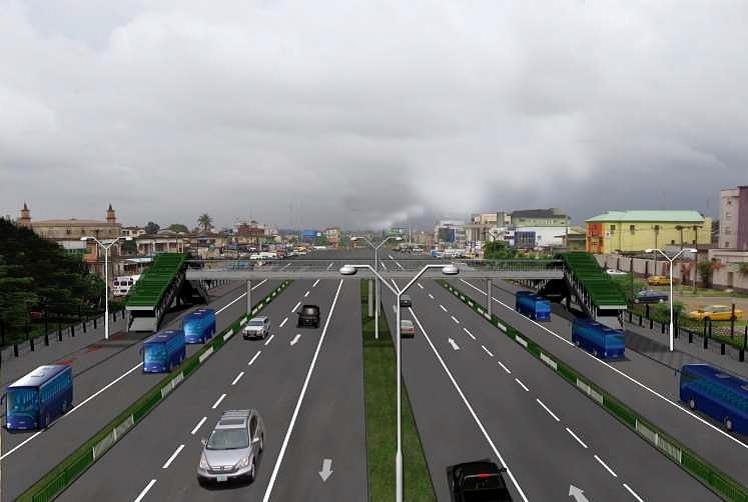 Traffic diversion for construction works to continue on the  600- meter ‘Kara’ Bridge section on the Lagos outbound corridor of the Lagos-Ibadan Expressway will begin on Tuesday, the News Agency of Nigeria (NAN) reports.

Mr Kayode Ibrahim, Federal Ministry of Works and Housing engineer supervising the project, told NAN on the telephone in Lagos on Sunday that the decision was reached after a meeting of the relevant stakeholders.

“All the stakeholders are involved in reaching this decision. They are the Federal Roads Safety Corps (FRSC) and the  Lagos State Traffic Management Authority (LASTMA).

Others include the Ogun State Traffic Compliance and Enforcement Corps (TRACE), the Police, Julius Berger  Construction Plc., and the Federal Ministry of Works and Housing.

“We have been working together and we are on ground to minimise gridlock. It is nothing special, it is just a normal diversion.

“FRSC and Julius Berger have their tow trucks deployed, sometimes when we need NEMA and Fire Service we call them and they quickly respond to our calls,’’ he said.

Ibrahim who appealed for the cooperation of road users added that the traffic regulatory agencies also would be deploying power bikes to monitor and control breakdowns on the highway.

“LASTMA and FRSC are also deploying power bikes to go round to check traffic issues. We are very prepared, we are only appealing to the road users to be patient.

“Vehicles that are not road worthy should please stay away. People should use good vehicles to avert breakdowns on diversion areas,’’ Ibrahim told NAN.

The senior engineer explained that most crashes on the highway were usually at night and the emergency response units had always cleared all impediments before daybreak.

He said that the contractor would be seizing the opportunity of the dry season to speed up construction on various sections of the highway.

Ibrahim added that the same kind of diversion around Mowe, Car Park C and Magboro areas were going to be replicated at the ‘Kara’ bridge end with adequate traffic management architecture to avert gridlock.

“If you go to ‘Kara’ bridge now,  the crash barriers are already lined for the diversion. As soon as we are set, we will just shift the traffic to all the places the barriers had been set.

“We can divert at this moment if we want to because everything is set but we are diverting on Tuesday.

“The whole essence of the diversion at the various sections is to expedite the completion of the project. Now that we are in the dry season,  when we can do earthworks, we can move faster than during the rainy season.

“So, it is better that we open more work areas now that we are in the dry season so as to be able to complete the job in good time.

“We have always worked on three work areas simultaneously, this diversion is not special at all,’’ he said.

NAN recalls that diversion on the section began with the partial closure of the inbound Lagos portion on the ‘Kara’ Bridge on Sept. 2, 2019, resulting in traffic diversion.

On Dec. 1, 2019, construction on the inbound Lagos was completed but work on the outbound Lagos was suspended due to the Yuletide, hence, the opening of the entire highway to traffic. (NAN)