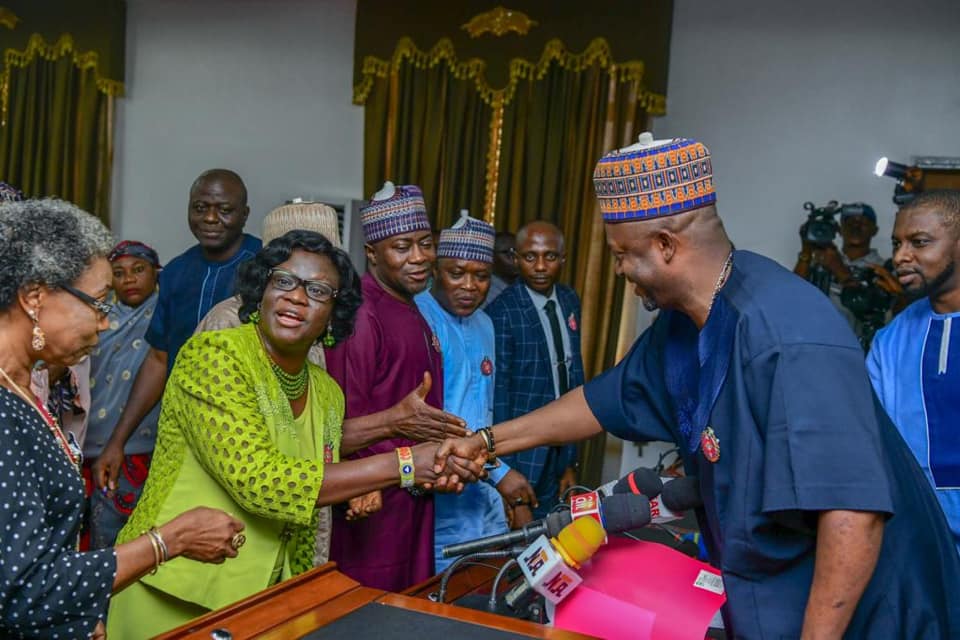 Kogi State Governor, Alhaji Yahaya Bello, has inaugurated a 17-man committee for the negotiations of the new minimum wage of N30,000 for workers in the state.

The inauguration ceremony was held at the Banquet Hall, Government House, Lokoja, on Tuesday.

The governor appreciated the leadership of the organised labour union for their cooperation, patience, guidance and collaboration in setting a reformed civil service in Kogi State.

Bello also commended Kogi workforce for their understanding and forbearing whatever pain that came along with the reform system, saying it was for the good and the future of the state.

He further thanked the New Direction Team members especially those who were actively involved in the exercise for their time, sacrifice, creativity and endurance to see that the reform saw the light of the day.

Bello, who was represented by his Deputy, Chief Edward David Onoja, affirmed that it was another step in the right direction where dialogue remained preferable than confrontation, hence the setting up of the committee,

According to him, it is to simply talk together using fact and figure comparative analysis to be able to agree to terms that would guide both parties regarding the newly increased minimum wage for civil service in Nigeria to the tune of N30, 000.

He noted that there was no doubt in his mind that the committee which comprised the government and the labour sides, would do justice to the all-important exercise.

”Truly, it is expected that there would be divergence views and conflicting information, but at the end of the day, the interest of both sides is to see a better Kogi state, a motivated workforce, and a reformed system for the good of all of us.

”We expected that in the presence of that divergence, different figures and views, you must come to a convergent point; all for the interest of our dear state.

”I believe that this would be the outcome at the end of the day,” he said.

The governor, however, read out the terms of preference that would guide the committee in carrying out their assigned task.

They included: ”To obtain and study the National minimum wage amendment act 2019 and the consequential adjustment at the federal level.

”Obtain and study the copies of the agreement reached between the federal government and the organized labour in line with the consequential adjustment/increase in all the salary structures.

”To liaise with the federal ministry of Labour and Employment if necessary for a technical assistant on the implementation of the new minimum wage for States.

”To develop and advise the government on how to successfully bring about a smooth implementation of the intending wage increase.

”Identify new revenue sources as well as areas of existing expenditures where some savings could be made in order to fund the wage increments without adversely impacting on the development of the state.

”Propose a work plan and modalities for the implementation for the salary increases.

”Understudy the States that have already commenced the implementation of the new minimum wage for proper guidance especially the North Central States.

”And any order suggestions that may be deemed useful to the implementation of the minimum wage”.

The governor, however, urged the committee to also be guided by the revenue accruals to the states vis-à-vis its ability to pay the minimum wage.

Speaking on behalf of the members, the Chairperson of the Committee, Dr Afolashade Ayoade appreciated the governor for considering the committee and for the love he has for the civil servants.

Ayoade, who doubles as the Secretary to the State Government (SSG), promised that the committee would do their best and go strictly according to the terms of preference, saying they would all smile at the end of it all.

Earlier, the Chief of Staff to the Governor, Pharm. Jamiu Asuku, who read out the list of members of the Committee, commended the governor for considering it fit to queue behind the federal government to seeing the realisation of implementing the new minimum wage.

Mr Jibril Okeme, the Permanent Secretary, Establishment and Training, Office of the Head of Service as Secretary of the 17-man committee.

Also present at the inauguration ceremony were the Chairman of Nigeria Labour Congress (NLC), Comrade Edoka Onu, and his counterparts in Trade Union Congress (TUC), Comrade Ranti Ojo, among others.