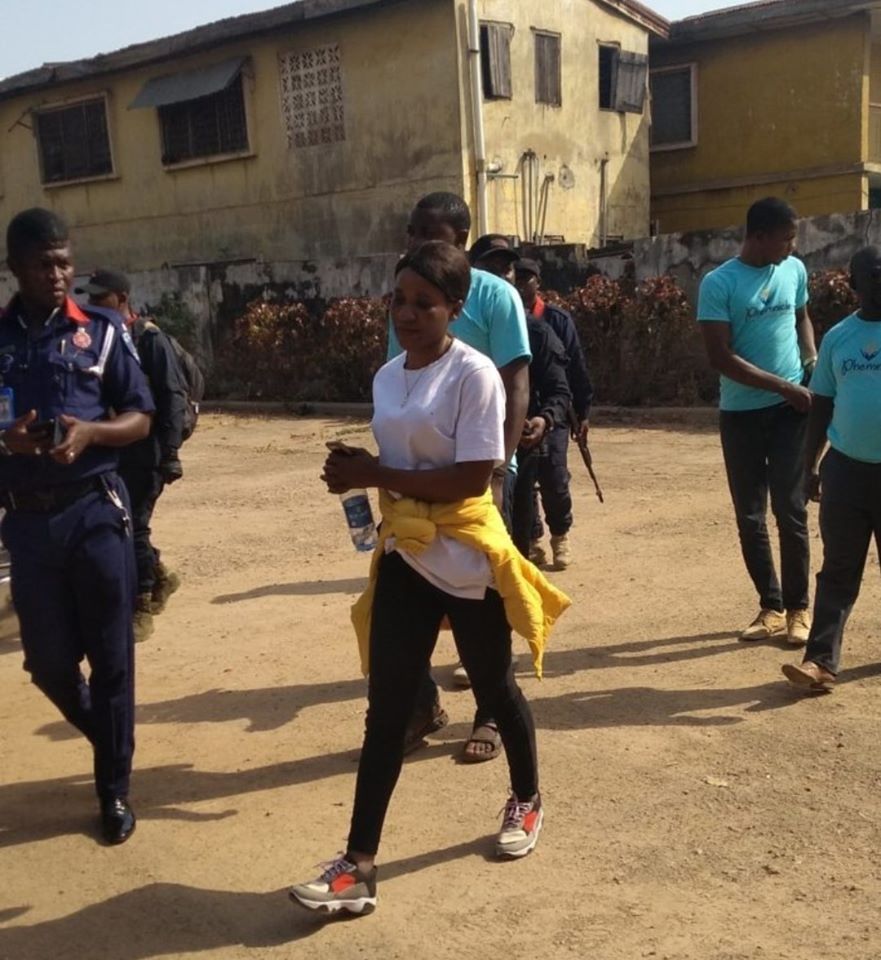 The Nigeria Security and Civil Defence Corps (NSCDC) Ilorin on Tuesday received Gloria Taiye, a Nigerian girl who traveled to Lebanon for greener pasture but later seek for assistance to be repatriated.

NSCDC Commandant, Bello Ale while receiving Gloria told newsmen in Ilorin that the victim was dubiously separated from her family to Lebanon.

“Gloria was dubiously separated from her family by some country nationals in collaboration with Nigerians, where she found herself in a foreign land as a victim of human trafficking.”

Ale said that the combined effort of the command, good Nigerians as well as a non-governmental organization (NGO), Gloria was successfully brought back to Nigeria.

The commandant said that they got to know about the incident through the viral video of the victim, seeking assistance to return to Nigeria from Lebanon.

“The video that went viral showed how the victim was being kept in captivity, which assisted us in getting the location, and led to the first suspect, the Lebanese, and later to the second suspect, a Nigerian that solicits for her.

” The contact of Gloria family, made us get to the third suspect, the pastor that stood as guarantor for her, before traveling abroad.

“The process is a continuous process because it is a big syndicate, but we intend to hand over the case to the Anti-human Trafficking Agency,” the commandant said.

Ale said that human trafficking has become a serious menace in the society, saying that many girls were taken to Lebanon for trafficking.

“The second victim, whose video went more viral than that of Gloria’s is expected to return to Ilorin this week, as the NGO paid for the return of both victims,” he said.

The National President of Eruku Progressive Union, Mr Shola Daniel said that they reported the case to NSCDC immediately after seeing the video of Gloria seeking for assistance.

“Civil Defence tried a lot in ensuring that Gloria returns home safely. They did so well till they got to the root of the issue,” Daniel said.

He said that the founder of Pheminick Life Care Support, an NGO, Mr Toyin Aborishade also tried a lot for Gloria’s return, by paying all the necessary money for the victim’s return.

The national president of Eruku progressive union, however, called on parents to encourage their children to be hardworking, rather than seeking greener pasture in foreign lands.

NAN reports that the victim said she has a National Diploma certificate and that the agreement she had with the travel agent was to teach the English language in Lebanon.

The travel agent, Mr Sanusi Adetunji, however, said that they had an agreement with Gloria to go to Lebanon, and the form she signed indicated Global Housework Services.

“She indicated her Church pastor as her next of kin, and when she got there, she called us and told us that she was in good condition, and the family she was working for was fine.

“The girls were not forced, it was a mutual understanding and Gloria was taken there sometimes in Oct. 2019, and was to be there for two years, until her arrival in Nigeria, she never complained of anything

” The business organisation is duly registered with the Corporate Affairs Commission, and Gloria collected two months’ salary; for November and December 2019,” the agent said.