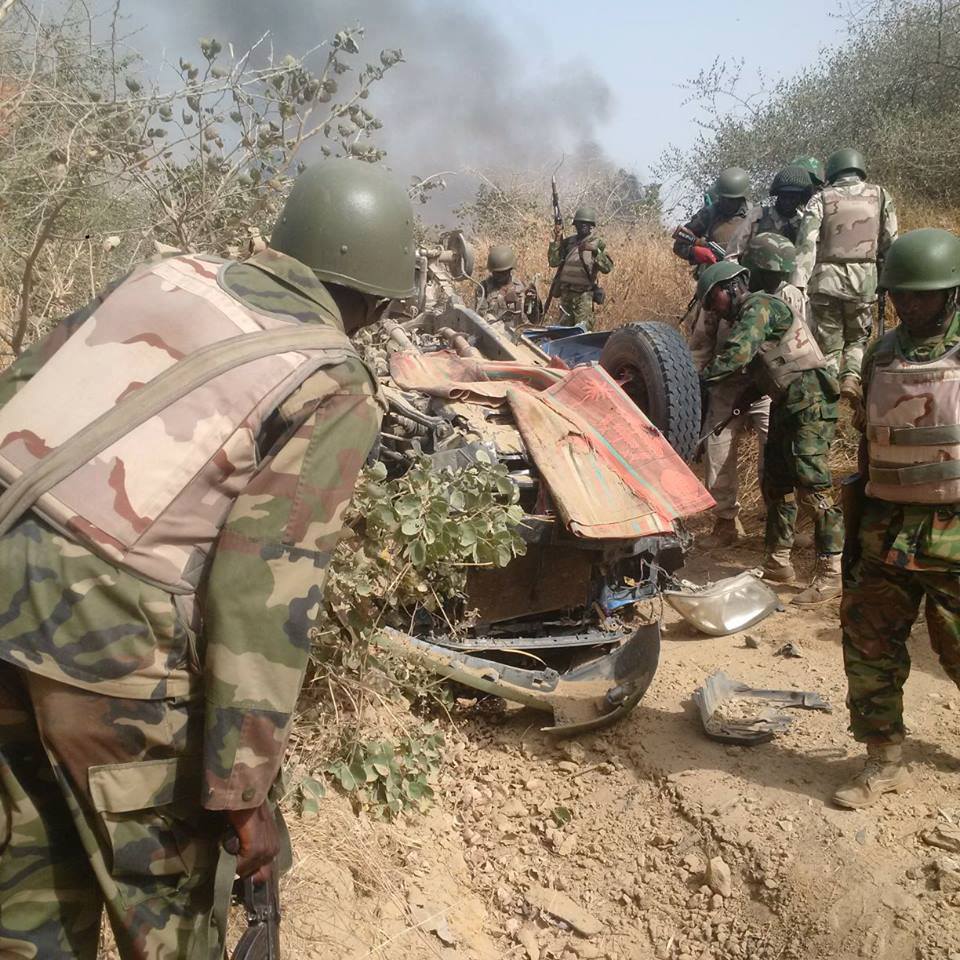 Gov. Udom Emmanuel of Akwa Ibom state has urged the federal government and Nigerians to pay special attention to the families of soldiers killed by terrorists in the North East.

With special emphasis on the 22 soldiers who were ambushed and killed by terrorists in Monguno, Borno state, on January 8, he said care for their families was the best way to encourage soldiers.

Emmanuel who made the pleas at the 2019 Armed Forces remembrance day and wreath laying ceremony in Uyo said Nigerians should be more bonded in unity as a way of showing appreciation for the supreme sacrifices and patriotism of the fallen heroes who fought to keep the nation indivisible.

“On January 1, 2020 like every one of us, the twenty two soldiers had celebrated the New Year with their families and may have made elaborate plans for what the New Year and the new decade may represent in their lives.

“Their children may have looked forward to their fathers driving them to school on the first day of resumption of classes among other little tasks that cement the bonds of family.”

“But because they had pledged allegiance to the flag and the preservation of our territorial integrity, when called upon by their superiors to respond to the call of duty, family took a back seat; they hurriedly kitted themselves in their various battle gears and off they went to the theatre of war.

As they sped to their operational zones, they knew the ride may be their last, as the possibility of an ambush was a clear and present danger. And, that’s exactly the fate that befell them. They were brutally killed, laying down their lives for a cause greater than their own.”

“As we mark this solemn day, let us spare a thought to the widows of those 22 soldiers, their children, dependents and indeed thousands of others who had previously given their lives at various theatres of war so we may live in peace and tranquility.”

He urged Nigerians to strive to replicate the kind of endless love demonstrated to the country by men of the Armed Forces, by doing more good to one another irrespective of ethnic and political affiliations.

“May the courage of our dearly departed soldiers, the sacrifices they made, their deep patriotism and gallantry provide the added nerves for those of us alive to love more, do more and be more to our fellow Nigerians irrespective of tongues, creed or geographical locations.”

The Governor said Nigerians have to show through practical steps that they value the effort, patriotism and heroism of the soldiers who labour day and night to protect the nation.

Emmanuel said as a state, his administration has availed children of the departed soldiers opportunity to acquire basic education for free through the state’s free and compulsory education policy and has included widows of the fallen soldiers in the small and medium scale empowerment programmes in the state in addition to providing facilities that will improve the living conditions of soldiers in the state.

He said his administration was currently under undertaking a large scale water project at the Army barracks in addition to the massive remodelling of houses at the Nigerian Army barracks, Ibagwa.

The governor while applauding the Nigeria Armed Forces for their gallantry in protecting the sovereignty of the country, called on corporate organisations to make tangible contributions towards the upkeep of families of the fallen heroes.