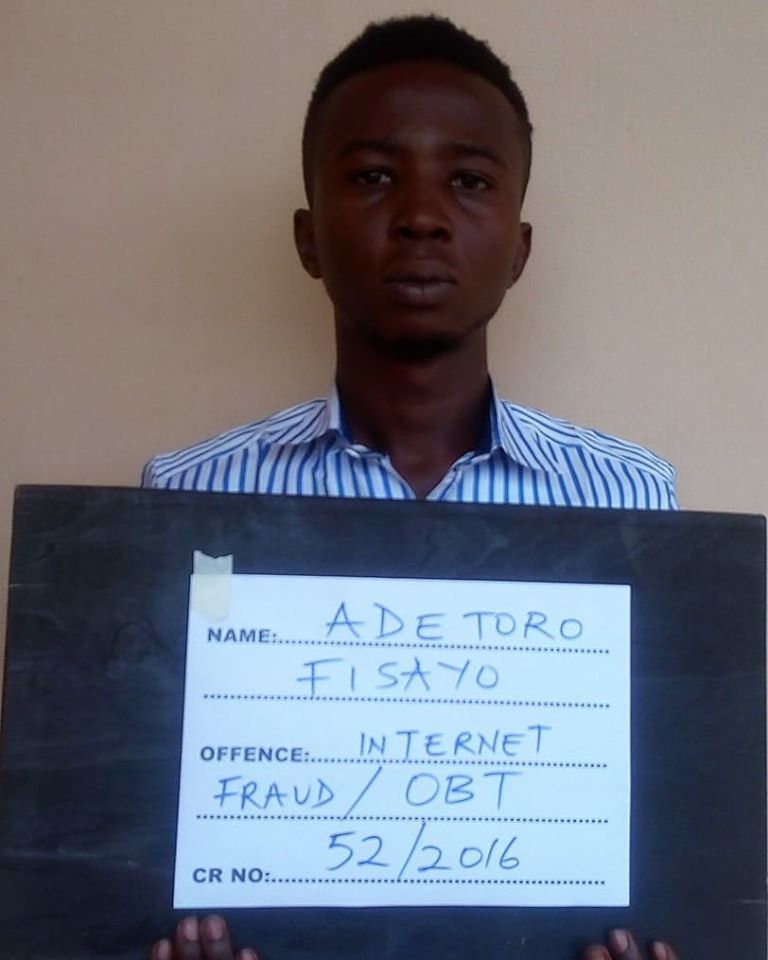 A final year student of Business Administration in a private university located in Ondo State, Fisayo Adetoro, was on Thursday, January 23, 2020, found guilty of impersonation, forgery and money laundering, and sentenced to cumulative 13 years in prison and N1,000,000 (One Million Naira) fine.
Adetoro, who was said to be a first class candidate on 4.5 Cumulative Grade Point Aggregate (CGPA), was convicted by Justice Folashade Olubanjo of the Federal High Court 1, Akure, in a criminal case filed against him by the Economic and Financial Crimes Commission, EFCC, Ibadan zonal office.
He was originally arraigned on January 18, 2017 on a six-count charge, but pleaded not-guilty to all the charges.

The allegations, according to the charge sheet, include falsely representing himself to be Bawa Mohammed Sanni to defraud his victims to the tune of thousands of United States Dollars.
He was also accused of using the fake name to register for a Nigerian Driver’s Licence bearing his photograph, as well as laundering sums running to millions of naira.

The court sentenced him to five years imprisonment with a fine of N1,000,000 (One Million Naira) for money laundering (Count 6). The jail terms are to run concurrently.
Justice Olubanjo, however, considered the convict for suspended sentence of six months community service.