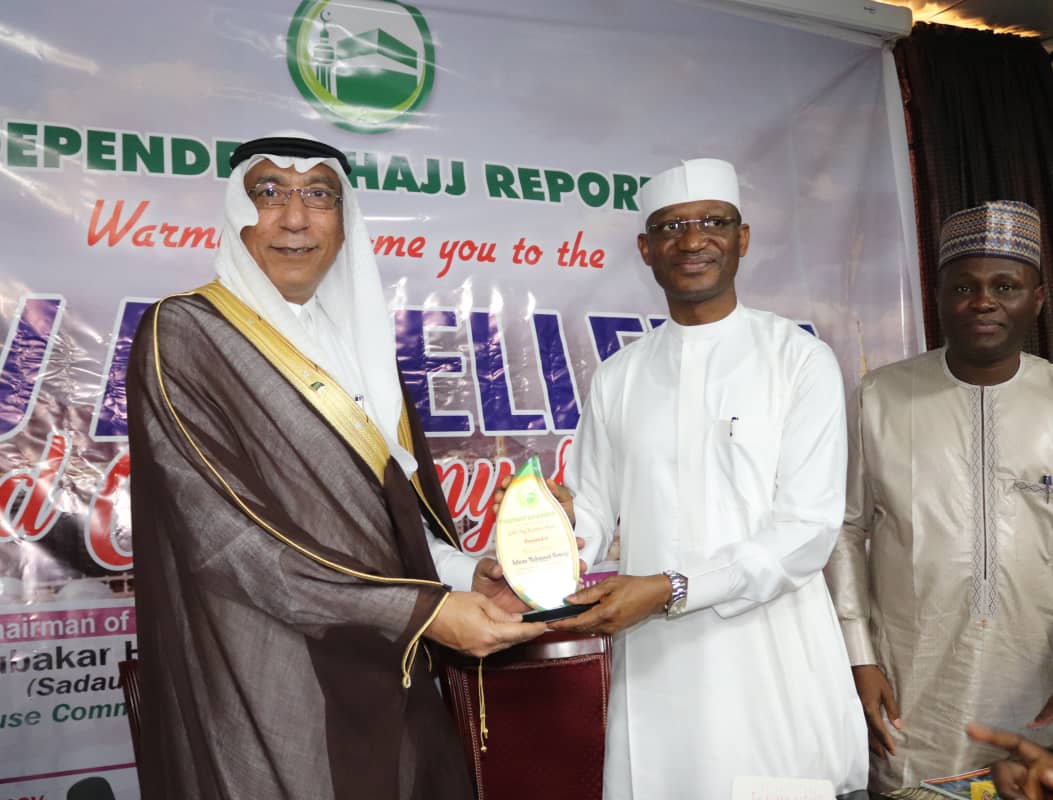 The Independent t Hajj reporters has held its annual review of Hajj Exercise and celebration of successful Hajj operation.

The event jointly organised with the National Hajj Commission also recognises and hounours individuals, groups and organizations that contributed to the Hajj operations.

Top among the recipients of the HAJJ EXCELLENCE AWARD
was His Excellency, Ambassador Adnan Bostaji, The Ambassador of Saudi Arabia to Nigeria.

The Saudi Ambassador acknowledged Nigerian Muslims for their devotion, discipline and support to Saudi Authorities during Hajj exercises.

Personalities including the immediate past Chairman of the National Hajj Commission Abdullahi Mukhtar were present at the occassion.