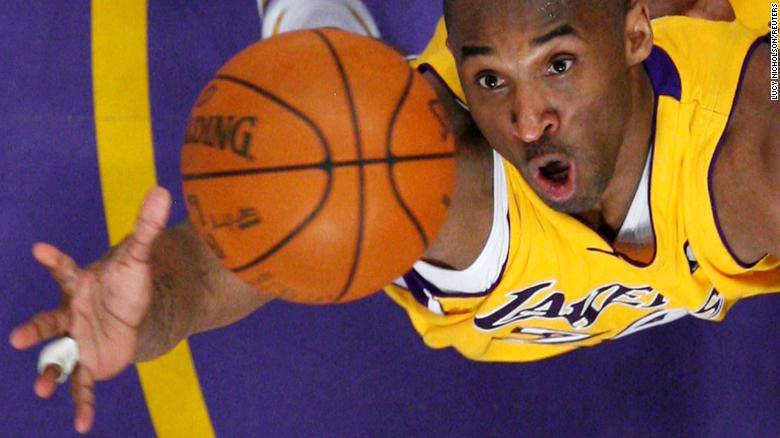 Basketball Legend and LA Lakers star Kobe Bryant died on Sunday in a helicopter along with his 13-year-old daughter Gianna.

In his last words prior to his death, he had taken to his twitter handle @KobeBryant to congratulate fellow Basketball Star, Lebron James who had broken his points record for the LA Lakers Club.\

Lebron James had broken Bryant’s 33,643 points record for the club.

Kobe Bryant had written on twitter: “Continue to move the game forward @KingJames. Much respect my brother #33644

Little did Kobe Bryant know that would be his last tweet as he died later in the day in a helicopter crash.

Meanwhile, reactions and tributes have continued to pour in for the legend.

Longtime teammate between 1996 and 2004 Shaquille O’Neal said that words could not express the pain he was going through over the loss of Bryant and his daughter.

There’s no words to express the pain Im going through with this tragedy of loosing my neice Gigi & my brother @kobebryant I love u and u will be missed. My condolences goes out to the Bryant family and the families of the other passengers on board. IM SICK RIGHT NOW

Deron Williams, who won Olympic gold alongside Bryant, said he was lost for words. He described Bryant as “the greatest competitor I have ever gone up against and played with.”

U.S. President Donald Trump who described Kobe’s death as terrible news, tweeted:  “He loved his family so much, and had such a strong passion for the future. The loss of his beautiful daughter, Gianna, makes this moment even more devastating.”

Kobe Bryant, despite being one of the truly great basketball players of all time, was just getting started in life. He loved his family so much and had such a strong passion for the future. The loss of his beautiful daughter, Gianna, makes this moment even more devastating….514K12:54 AM – Jan 27, 2020Twitter Ads info and privacy86.1K people are talking about this

“…..Melania and I send our warmest condolences to Vanessa and the wonderful Bryant family. May God be with you all!,” he wrote.

Former President Barack Obama also joined in the Tribute and mourning over the death of the Basket Ball legend. He described him as a legend, adding that his daughter’s death even worsens the situation.

Kobe was a legend on the court and just getting started in what would have been just as meaningful a second act. To lose Gianna is even more heartbreaking to us as parents. Michelle and I send love and prayers to Vanessa and the entire Bryant family on an unthinkable day.3.19M10:56 PM – Jan 26, 2020Twitter Ads info and privacy586K people are talking about this

“This is absolutely terrible. Everyone is numb,” American actress and model Chrissy Teigen tweeted.

Popstar Mariah Carey said she was in shock.

Fans gathered at a makeshift memorial for Bryant in front of the Staples Center sports and entertainment arena in Los Angeles, laying flowers and basketballs in memory of the star.

Also, NBA players during their games took 8 seconds and a 24 seconds violation in their games in honor of Kobe Bryant