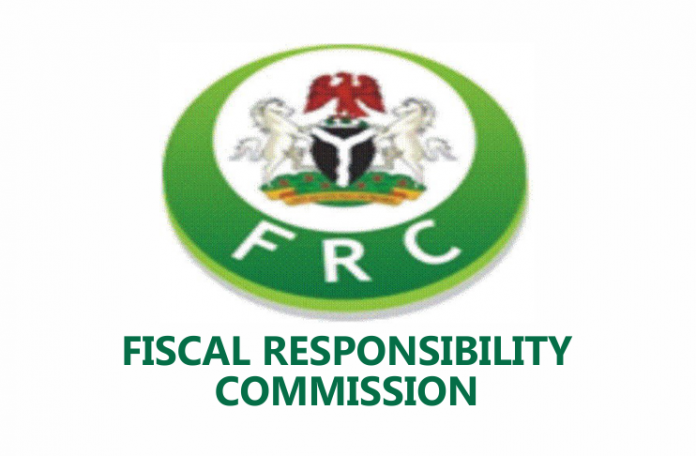 Fiscal Responsibility Commission said it would carry out system audit of selected Ministries, Departments and Agencies (MDAs) to improve their response rate in revenue returns.
The Acting chairman of the Commission, Mr Victor Muruako, disclosed this in the 2018 Annual Report and Audited Accounts of the commission and made available to News Agency of Nigeria (NAN) in Abuja.
Muruako said that a total sum of N7.97billion independent revenue was remitted to the treasury by 15 MDAs in 2018, compared with N11.52 billion remitted by 21 MDAs for corresponding period in 2017.
He noted that the submission rate by MDAs was disappointing in spite of the many requests and reminders for revenue submissions.
“The commission has in previous years sent out requests and reminders to MDAs that generate internal revenue to submit revenue returns on a quarterly basis in order to assess their level of compliance with the provisions of the Fiscal Responsibility Act, 2007.
“Available data from the revenue returns in the previous years revealed that MDAs have been defaulting in the remittance of internally generated revenue to the Consolidated Revenue Fund (CRF),’’ he said.
According to him, only 13 MDAs out of 40 contacted completed their 2018 submission as compared to 19 in 2017.
He said that the rate of compliance dropped from 47.5 per cent to 32.5 per cent, saying that as part of the efforts to improve the response rate, the commission would carry out system audit of selected MDAs.
The acting chairman explained that the system audit would help to enhance compliance rates by MDAs, thereby increasing revenue remittances to the Consolidated Revenue Fund in the year ahead.
Muruako said that the commission aligned itself with the disposition of the present administration to tackle the challenges of corruption.
“The commission will continue to interrogate and collaborate with respective schedule corporations to ensure greater compliance with fiscal responsibility framework by all relevant functionaries of government.”
He, therefore, urged all the revenue generating agencies to comply with the Fiscal Responsibility Act for transparency, fiscal prudence and proper accountability in the management of public funds. (NAN)