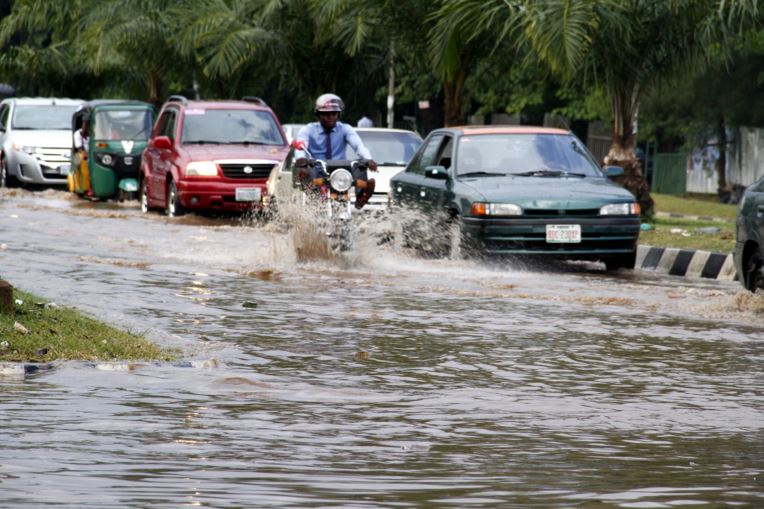 The Emergency Management Agency of Federal Capital Territory, Abuja (FCT), has advised residents of the city in the flood-prone areas to be conscious of early warning signs of flooding.

The agency gave the advice when it conducted an assessment of flood-prone areas within the city centre in response to the 2020 Seasonal Rainfall Prediction as released by the Nigerian Meteorological Agency (NiMet).

In the event of flooding threat, the agency advised the residents to call the 112 toll-free emergency number for quick response.

The director-general of the agency in FCT, Alhaji Abbas Idriss, said the tour was part of efforts to prevent flood disaster in the city.

“Anytime there is an early warning, people should comply because live has no duplicate, do not think of your property, think of your life first as the agency is doing its best to keep the city safe.

“As you see, it is a multi-agency task, there are different agencies, collaborators, stakeholders coming together to access the entire city and see how we can improve where the need arises.

“I call on other stakeholders to contribute their own quota and the determination is to see that we save lives and property in the FCT.

“We don’t want what happened in 2019 to happen this year; we have to take preventive measures instead of waiting until it happens.

“Being proactive and prepared is one of the key principles in disaster management, so, that is why we called all the stakeholders, the engineers, Abuja Environmental Protection Board, Department of Development Control and Facility Maintenance, to look at the city critically to help the situation,’’ Idriss said.

The director-general, however, said that the major challenge facing the organisation was funding, adding that the agency could not discharge its mandate effectively without adequate funding.

“We cannot do without funds but with this development, by the time we submit our report to the FCT Minister, who is keen about it and desirous of saving lives of residents, definitely, something good will come out of it,’’ he said.