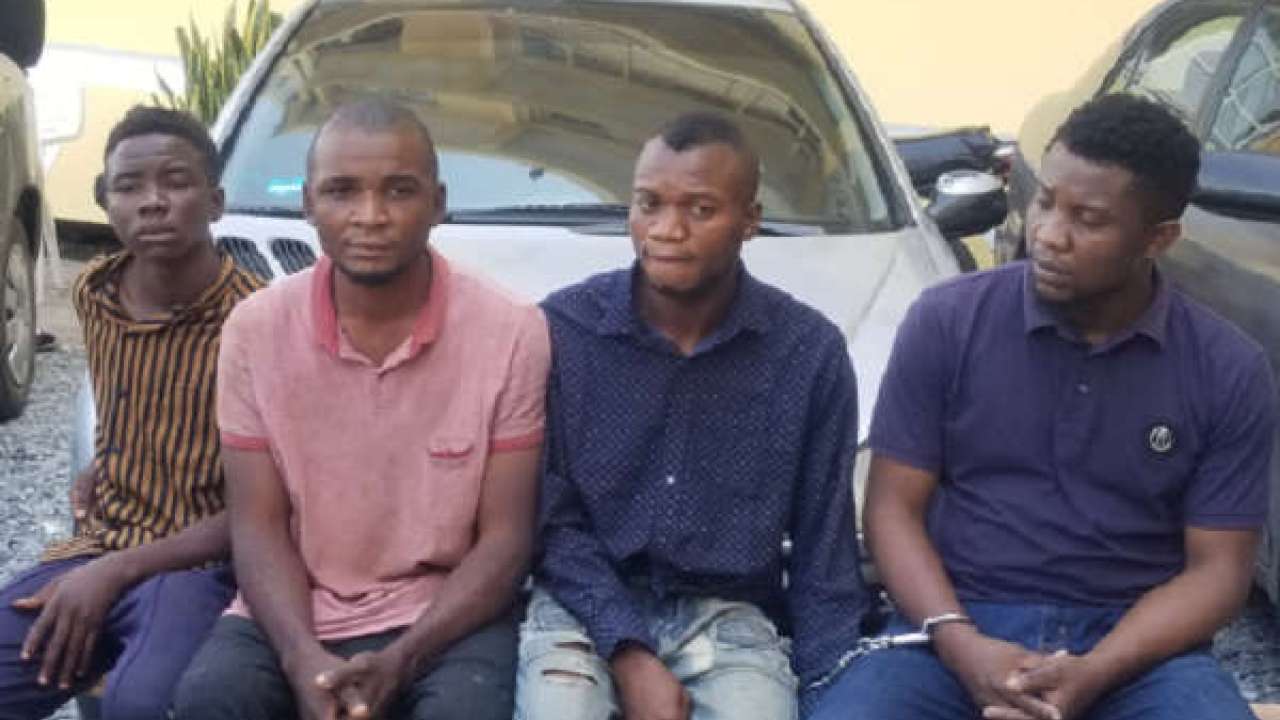 An FCT High Court in Wuse on Friday, ordered that the five men charged in connection with the foiled Mpape bank robbery at a First Bank branch in Mpape, be remanded in a correctional facility, pending bail application.

Earlier, the prosecution counsel, James Idachaba, told the court that the defendants conspired and invaded First Bank Plc, Mpape, Abuja, armed with locally made pistols, cutlasses and axes on Dec. 28.

Idachaba said the defendants invaded the bank with intent to steal money from the Automatic Teller Machine (ATM) and threatened to use violence on the staff and customers in order to obtain cash from the bank.

He further said the defendants forcefully collected mobile phones, value not yet known from one Ann Awele, a staff of the said bank.

He added that the defendants got arrested by a team of police officers while in possession of the locally made pistols without required licence.

According to him, two locally made pistols were recovered from Obinna as a result of the search .

The defendants pleaded not guilty to the charge.

Idachaba urged the court to remand the defendants in prison and applied for a short date, saying seven witnesses were listed to testify and that vital exhibits will be tendered.

The defence counsel for Larry and Ewin, Peter Ihunweze,  did not oppose the prosecution counsel’s application but asked for a date to file for bail for

Anenin Enabosi , counsel to Obinna, aligned with Ihunweze’s submission, saying he had not been served with the charge sheet yet. (NAN)