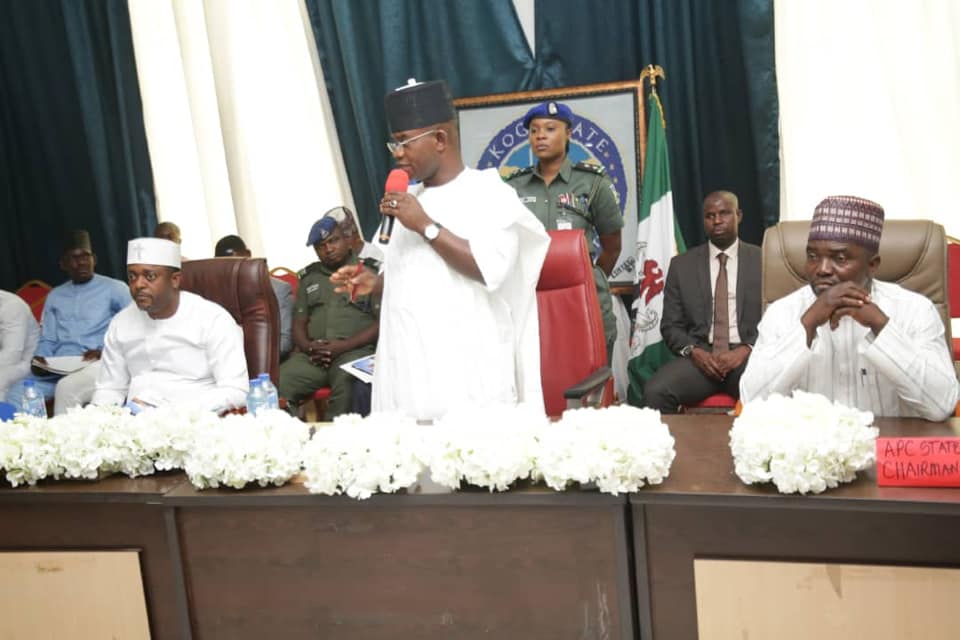 Kogi State Governor, Alhaji Yahaya Bello has warned heads of Ministries, Department and Agencies (MDAs) and all members of his cabinet against inflating costs of projects and contracts.

He gave the warning on Monday in Lokoja while declaring opened, a 2-day induction, orientation and policy absorption workshop for members of his cabinet and other political office holders

The governor warned that over bloated contracts, padding of projects and all other financial demands from the MDAs would not be acceptable noting, that anyone found padding proposals will be shown the way out of the government.

He said heads of MDAs must endeavour to scrutinise their proposals diligently before they get to his table for approval.

On improved revenue generation, the governor said any MDA which always draws fund from the government without correspondingly adding value to the system will not have a place in his administration.

He said his administration was committed to the overall infrastructural development of the state.

Bello told the participants that his second term administration would be about the people of Kogi state, adding that every member of his team must be ready to carry out their responsibilities selflessly.

He said that all ongoing projects in the state will be completed within the next 16 months in addition to new projects being embarked upon.

He charged appointees to continue to entrench the “Ebigo Agenda” in their respective offices, adding that nobody should be discriminated against based on where he was coming from or on religion he practices.

He said every Kobo of the state must be used for the benefit of the people of Kogi State.

The governor charged the participants to be up and doing to ensure that the government’s set agenda became a reality.