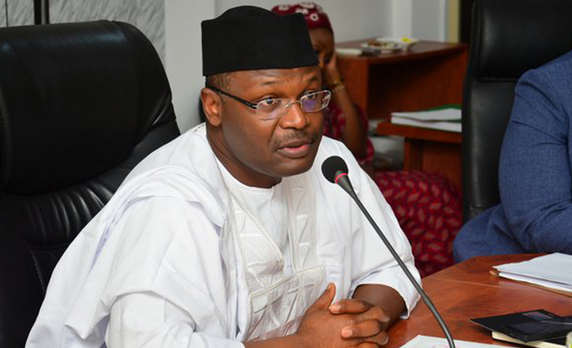 Justice Anwuli Chikere of the Federal High Court, Abuja, on Monday, restrained the Independent National Electoral Commission (INEC) from deregistering 31 political parties. Justice Chikere, in her ruling, said having failed to counter the application by the applicants, the affected political parties had the legal right which must be protected. News Agency of Nigeria (NAN) reports that INEC had, on Feb. 6, deregistered 74 political parties, leaving 18 others.    However, in a motion on notice with suit number: FHC//ABJ/ CS/444/19 between Advanced Congress of Democrats (ACD) and 32 others Vs. Attorney General of the Federation and and others, the applicants had approached the court for restraining order. NAN reports that although 33 political parties filed the matter in court, two of the parries; Labour Party (LP) and African Democratic Congress (ADC) were later dropped from the suit, because the parties were not deregistered by INEC. In the application filed on Oct. 30, 2019, and was served on INEC on Oct. 31, 2019, the applicants prayed the court for “an order of interlocutory injunction restraining the 2nd defendant from deregistering the plaintiffs, or any political party for that matter, pending the determination of this suit. “And for such further order(s) as this Honourable Court may deem fit to make in the circumstances.” They sought for the order on the grounds that “the Plaintiffs as registered political parties have been carrying out their constitutional/statutory duties and functions without any funding from government. “The plaintiffs have been canvassing for votes and nominating candidates for elections into electoral constituencies in Nigeria “On ]une 4, 2018, the President signed the Constitution of’ the Federal Republic of Nigeria 1999 (Fourth Alteration No. 9) Act, 2017 into law. “By the said Act, a new Section (225A) was inserted into the Constitution, which provides grounds for the de-registration of political parties.” NAN reports that the court had, on Oct. 30, adjourned the ruling on the matter to Jan. 23, but Justice Chikere again adjourned the ruling till Feb. 17 since INEC was not represented in the court. At the resumed sitting on Monday, counsel to the political parties, Kehinde Edun, informed the court that the matter was slated for ruling.  “However, there was an intervening event from the 2nd defendant,” he said. He said the event might have an effect on the ruling.   Justice Chikere, however, ordered Edun to sit down.   “Sit down, the case is for ruling,” she directed.  Delivering her ruling, the judge noted that the plaintiffs had sought for the order restraining the electoral umpire from deregistering them. She said the plaintiffs averred that they were registered political parties who have been canvassing for votes and the 2nd defendant did not file any counter-affidavit. “The facts sworn to in the affidavit in support of the application remained unchallenged, undisputed and deemed to be true by the court.  “If any material fact  alleged in an affidavit is not denied in a counter-affidavit, an admission of the fact is implied,” she held, citing relevant laws,” she said.  Justice Chikere also confirmed that there was “evidence of proof of service on the 2nd defendant and the 2nd defendant refused, neglected, failed to respond to the motion filed by the applicants.” “Having not contested this motion by filing counter-affidavit, the affidavit evidence of the plaintiffs is deemed true, not controverted or challenged. “Accordingly, the 2nd defendant is hereby restrained from deregistering the plaintiffs pending the determination of the substantive suit,” he ruled. After the ruling, Tanimu Inuwa, counsel to INEC, told the court to give them some time to hear the substantive matter.  On his part, Edun told the court that he had a motion with an affidavit of urgency filed on Friday, Feb. 14. “We want the court to determine the application before we move on in this matter,” he said.  Justice Chikere, then, ordered that  Edun should serve Inuwa with the initial application which INEC claimed it had not been served. “Do you have the copy of the substantive suit? Kehinde, I want to see you serve him now so that their seven days to response will start counting now,” she said. She adjourned the matter untill Feb.27 for hearing in the substantive suit. Edun, who told the judge that he had only a copy with him, later served INEC lawyer after the sitting. The affected parties are: Advanced Congress of Democrats (ACD), Advanced Nigeria Democratic Party (ANDP), All Blending Party (ABP), All Grand Alliance Party (AGAP), Better Nigeria Progressive Party (BNPP), Democratic People’s Congress (DPC), Freedom and Justice Party (FJP) and Green Party of Nigeria (GPN). Also on the list are Mega Party of Nigeria (MPN), National Interest Party (NIP), Nigeria Democratic Congress Party (NDCP), People’s Party of Nigeria (PPN), People for Democratic Change (PDC), Peoples Coalition Party (PCP), Progressives Peoples Alliance (PPA) and Red-build Nigeria Party (RBNP). Others are Restoration Party of Nigeria (RP), United Democratic Party (UDP), United Patriot (UP), We The People Nigeria (WTPN), Young Democratic Party (YDP), Save Nigeria Congress (SNC), Change Advocacy Party (CAP), Socialist Party of Nigeria (SPN) and All Grassroots Alliance (AGA). Alliance of Social Democrats (ASD), Democratic Alternative (DA), New Generation Party of Nigeria (NGP), Mass Action Joint Alliance (MAJA), Nigeria For Democracy (NFD) and Masses Movement of Nigeria (MMN), also made the list. (NAN)