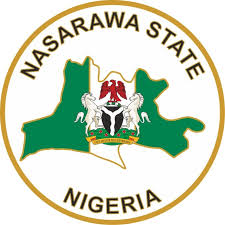 Bashir told newsmen in Lafia on Tuesday that the target was achievable and called on all Ministries, Departments and Agencies (MDAs) and other relevant stakeholders in the state to key into meeting the target to lessen dependence on federal allocation.

“The N3 billion target is achievable in Nasarawa because if you look at our proximity to Abuja, the governor is even making it mildly for us.

“Nasarawa State can actually get up to N4 or N5 billion monthly because there are so many revenue generating opportunities in the Nasarawa State-Abuja corridor,” he said.

“Government has a lot of plans for development, but revenues are not being paid at the appropriate channels thereby resulting in loss of so much money.

“So, we need to have a data to know what actually is happening, who is generating what, what are they doing, how is it been paid and to where.

“The government created this ministry with the sole aim that revenues are under one roof and leakages are curtailed so that we can maximize our IGR potential and meet the monthly target set for the state,” he said.

Bashir added that a special task force chaired by him was in place for enforcement of the requisite laws with regards to revenue generation and to motivate the state Internal Revenue Service to collect all revenues due to the state government appropriately.

“As a task force, we sit four times a week to give everybody the opportunity to come to us to show us what they have been doing and to report back to government,” he said.

He assured that with the database and task force among other steps taken on blocking leakages and improving revenue generation, the N3 billion target would be achievable.

“We have put in place mechanism where we will continue to ensure that whatever charges someone is supposed to pay will have to use the central billing system of the state and in doing that, we can get so much money for the state,” he said.

The commissioner also revealed that the state governor was making efforts on assessing royalties for the state from the mining activities taking place in the state, adding that revenue from the sector would help boost the revenue of the state government.

“Our governor is at the forefront of fighting for the right of Nasarawa State when it comes to solid minerals royalties.

“Nasarawa State is home of solid minerals, yet we don’t see a lot of that coming into fruition.

“But I want to assure that all these steps are in place, we will generate a lot of revenue for the state government and rely less on federal allocation,” he said. (NAN)