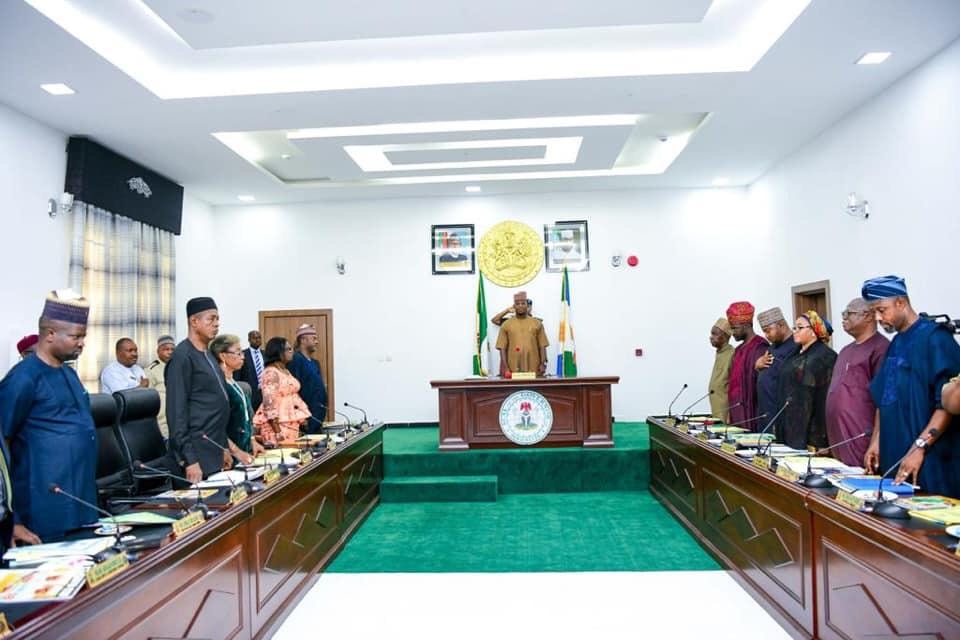 Kogi State Governor, Alhaji Yahaya Bello has charged members of his cabinet and other political office holders to be accommodating and adopt open door policy in the running of governance in the state.

Bello gave the charge in Lokoja on Wednesday while presiding over the third executive council meeting in his second term.

The governor, who noted that government was all about the people, urged the political appointees to be ready to serve selflessly in the interest of the people.

He reminded the EXCO members that there were large number of people outside there who are willing to join the government, adding that they must be opened and accommodating to people.

According him, being gatekeepers between him and the people does not mean they should stand as obstacle but rather serve as bridge.

He charged the appointees and members of the party to accommodate every well meaning citizen willing to contribute to the development of the state.