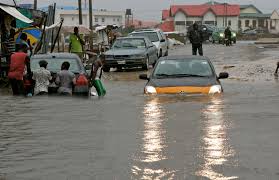 The National Emergency Management Agency (NEMA) has urged farmers to take the warning on rainfall prediction by the Nigeria Metrological Agency (NIMET) with all seriousness to avoid losses.

Alhaji Mustapha Maihaja, Director General of the agency, gave the warning during a one-day sensitisation on “Climate Smart Community Disaster Management” for farmers in Kuta, Shiroro Local Government Area of Niger on Wednesday.

News Agency of Nigeria (NAN) reports that NIMET had in January released 2020 Seasonal Rainfall Prediction (SRP) that the onset of the growing season is expected to be near-normal to earlier than normal in most parts of the country.

Maihaja, who was represented by Mr Benjamin Oghena, Deputy Director, Disaster Risk Reduction, said the sensitisation was to create awareness among farmers.

He said it was also to strategise against flood and drought as well as to aid in curbing the anticipated menace.

Also, Mrs Lydia Wagami, Head, NEMA, Minna Operations Office, said the sensitisation was to warn people, especially farmers, about the impending dangers that lie ahead as related to agriculture, environment and human health.

“It is unfortunate that over the years, many individuals and sometimes a whole community have taken these warnings with levity.

“This has led to huge loss of farm produce to extreme weather and flood, which as a result also impacted negatively on food security,” she said.

Wagami explained that the decision of the agency to kick start the sensitisation in Shiroro was because the area was among the worst hit in the state.

In his remarks, Malam Chukkuba Boka, Chairman of the council, who was represented by Mr Kefsa Adamu, Secretary of the council, commended the agency’s early warning system which he said would help reduce losses among farmers. (NAN)