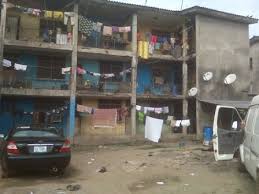 The House of Representatives has urged the Federal Government to ensure prompt rehabilitation of military and para-military barracks at Eti-Osa Federal Constituency of Lagos State.
This was sequel to a unanimous adoption of a motion by Rep. Ibrahim Obanikoro (APC-Lagos) at the plenary on Thursday.
Moving the motion earlier, Obanikoro said that Eti-Osa Federal Constituency housed 19 barracks belonging to the Army, Navy, Air Force, the Police and also a Correctional Centre.
He said that the various military and para-military barracks serve as major pillars in the sustenance of security and maintenance of peace in the country.
“Concern about the deplorable conditions of structures in the barracks, which also lack water supply, thus raise the likelihood of outbreak of epidemic in the barracks due to environmental decay.
“I am concerned that members of the military and para-military forces are living with members of their families at those dilapidated barracks in utter negligence for their welfare.
“This is affecting the psychological well being of the security personnel, thereby endangering the safety of all,” he said.
In his ruling, the Deputy Speaker of the house, Rep. Ahmed Wase (APC-Plateau), mandated the Committees on Defence, Police Affairs and Interior to interface with the military and paramilitary formations to ensure rehabilitation.(NAN)