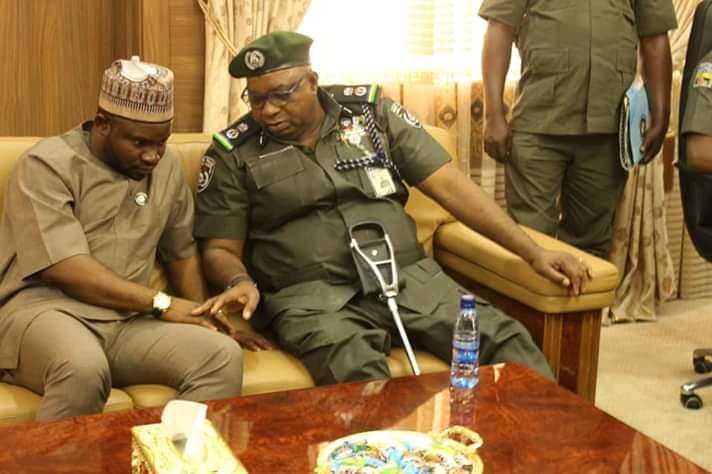 In his effort to ensure security of life and property of Kogi citizens and his administration’s determination for the safety of travelers in Kogi, the State Government in partnership with Nigerian Police has established Police Squadron Base along Obajana-Kabba road, and formation of Mopol Squadron Unit in Okene.

The police squadron base and the formation squadron unit, which had already taken off, were to ensure safety of citizens and travelers along that axis and to mob up remnant of miscreants in the area.

The governor who disclosed this when he while received the Commissioner of Police in charge of Mobile Police Force, YM Akeera, on Wednesday in Lokoja, said he has intensified partnership and collaboration with the Nigerian Police to combat crimes in the state.

Represented by his Chief of Staff, Pharm Jamiu Abdulkareem Asuku, Bello commended the effort of the Nigerian Police and other security agencies in the state for fighting crime.

The governor said that the establishment of the Mopol Squadron unit in Okenr would mob up remnant of miscreants in the area, while assuring the security agencies of government’s constant support.

The governor emphasized that no amount of money could equate a single human soul, stressing that he would do everything to ensure that the state remained peaceful for the people and investors.

He commended the efforts of security agencies in combating crimes in the state, and charged thd personnel to adopt different measures in tackling crimes.

Earlier, Akeera commended the governor for being proactive in his response to security matters and thanked him for supporting the security with logistics and other aides.

Akeera assured the governor of the readiness of the Kogi police command to ensure the safety of lives and property of the people across the state.