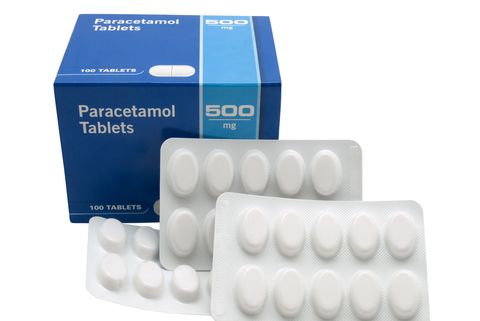 Health experts and dietitians in the North East have called for urgent steps to check the rampant application of enhancers by food sellers in the country.

News Agency of Nigeri (NAN) reports that the call is coming just as the National Agency for Food and Drugs Administration and Control (NAFDAC)  in states within the subregion said they had commenced strict monitoring of restaurant operators .

Reports in some parts of the country indicate that some food sellers have resorted to the use of paracetamol to reduce the cost of cooking energy while boiling meat, just as some of them also apply bleach on cassava used in the preparation of local food, ‘Gari’.

Health experts, dietitians and medical laboratory personnel have warned on the dangers of such food enhancers to the health of people, saying the chemicals contained in those items and other unconventional enhancers, cause enormous damage to human organs over time.

Responding to enquirers from NAN on the issue, NAFDAC and health officials in Bauchi, Gombe, Borno, Adamawa, and neighbouring Jigawa, said although the use of paracetamol and bleach in preparing food was not common in their states, there was need to enhance surveillance and intensify enlightenment as a proactive measure.

Mr Gonzuk Nucor, Gombe state Coordinator of NAFDAC said they were yet to discover any case of use of paracetamol to soften meat in any part of the state, saying the most disturbing unwholesome practice in the state was the adulteration of palm oil.

“We never recorded any case of use of paracetamol as enhancer for food; it could be happening but we are yet to discover it.

“This is a fight for everyone, not just NAFDAC alone; food enhancers are hazardous to our health; paracetamol, on its own, is a very bad friend of the liver as high doses are toxic to it,’’ he said.

He warned that use of food enhancers could result in food poisoning, saying his agency had been gathering fruits sellers on periodic basis to sensitise them on the dangers of using calcium carbide to ripen fruits.

He urged residents of Gombe State to be vigilant and report suspected cases of such act that could threaten the health of Nigerians.

In Bauchi, Alhaji Ibrahim Adamu, Zonal Director, North East, NAFDAC, said the agency had been alerted over the practice of ripening of fruits with calcium carbide and used of paracetamol tablets in food processing in some states.

He said these practices constituted great danger to health, which should not be allowed to continue.

Dr Bako Mohammed,Permanent Secretary, Bauchi State Ministry of Health, said the state government had all the structures to monitor and inspect food processing.

He said they had been partnering NAFDAC and NDLEA in monitoring such misuse of drugs, assuring that state government would intensify efforts on creating awareness.

On his part, Chairman, Bauchi State Chapter of the Pharmaceutical Society of Nigeria (PSN), Ismail Danjuma, expressed concern that food vendors use paracetamol to cook meat to reduce the cost of energy for cooking.

He explained that Paracetamol is an analgesic and when taken ordinarily, went through the normal process of digestion and kill pains in the body.

“But when it gets heated by using any fire mechanism, it will hydrolyse and produce four-amino phenol, which can cause kidney failure and also affect the liver.”

He advised that health education and monitoring should be carried out by the National Orientation Agency (NOA), NAFDAC and NDLEA.

The Executive Director of a non-governmental organisation in Bauchi, Dr Albert Gadtis, said that paracetamol is not a drug to be taken on a regular basis.

He said Paracetamol is used for the treatment of mild illnesses, moderate pains from headaches, backaches, toothaches, flu, and to reduce fever, among others.

Gadtis said some households, restaurants and bars had been using paracetamol to soften meat to reduce cost of energy used in cooking.

He warned that paracetamol, when cooked, loses its pain-killer property and becomes highly acidic and dangerous for human consumption.

On its part, Adamawa Government said it had set up a Food Safety Committee to check the use of food enhancers in the preparation of food by food vendors and restaurant operators in the state.

Spokesman of the State Ministry of Health, Abubakar Mohammed, told NAN that the mandate of the committee was to ensure that food vendors and caterers were operating in line with standards, and also to create the needed awareness on the dangers associated with using food enhancers.

Also speaking, the Adamawa Coordinator of NAFDAC, Mr Jamil Audu, said his office had been alerted on the use of enhancers, particularly Paracetamol tablets, in food preparation, by some Nigerians.

Audu said the practice was dangerous to health, adding that NAFDAC officials in the state had swung into action in enlightening the public.

He advised the use of meat tenderizers which are sold in powder or liquid form, instead of application of paracetamol.

In Borno, NAFDAC Coordinator in the state, Mr Nasir Mato, warned Restaurant operators against application of preservation and paracetamol in cooking, saying such act had serious health implications.

“When drug is used for cooking, it is hydrolyzed (broken down) into four amino-phenol, which is highly toxic to kidney; also, high consumption of analgesics over many years is a well-known cause of kidney damage.

Mato said that NAFDAC had conducted sensitisation campaigns against substandard food items and unwholesome practices in the state, and therefore called on the people to take the issue of their health seriously.

“Toughness of meat comes from the connective tissues. During cooking, it slowly breaks down into a substance called gelatin, and the meat becomes soft.

“Without using paracetamol, you can tenderize meat by cooking with a pressure cooker, or soaking the meat in a highly concentrated salt-water solution before cooking.

In Yobe, Mr Lawan Dadingelma State Coordinator of NAFDAC, said use of food enhancers in the state was strange and never in practice.

“Following directives from the agency’s headquarters, NAFDAC Yobe office swung into action, visiting and inspecting most of the restaurant located in state.

“Our findings in Damaturu, the state capital, Gashua, Potiskum and other local government areas did not indicate any of the restaurants using paracetamol or any other enhancer to process food,” Lawan said.

Similarly, caterers and food vendors denied usage of any enhancer to hasten cookings or preservation of foods.

Hajiya Salamatu Mai Tuwo, a popular food vendor in Damaturu, said ” the use of paracetamol in cooking sounds very strange in this state; we heard of this just very recently.”

Zara Ibrahim, a road side food seller, queried the rationale behind use of paracetamol to enhance food.

“How do you add paracetamol or other non-food ingredients to your cooking?;it will only affect the taste of your food and chase away customers.

“I think the practice may be prevalent among communities who consume cow skin (kpomo) and that menu is not popular here,” she insisted.
Also in neighbouring Jigawa, NAFDAC Coordinator in the state, Abdulsalam Lawan, said they had been beaming their searchlight on caterers and food vendors to ensure that they did not engage in the use of paracetamol to soften meat, or bleach to process cassava, as well as other unwholesome practices.

He told NAN that although the agency had not received any complaints about such practices in the state, there was need to take proactive measures.

According to him, the agency has already embarked on series of meetings with caterers and food vendors to enlighten them on dangers associated with such practices, and therefore urged members of the public to alert NAFDAC whenever they discovered any such unwholesome practice. (NAN)