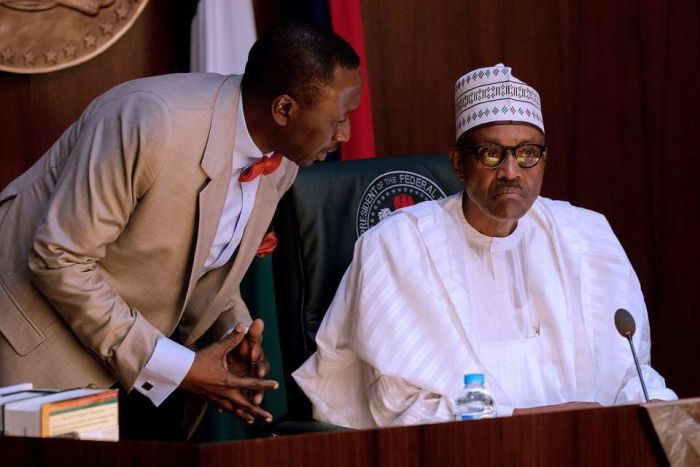 National Security Adviser Reacts to Wrongful Use of Fertilizer in Nigeria

The National Security Adviser (NSA), Alhaji Mohammed Monguno has reiterated the commitment of his office to checking the wrongful use of fertilizer across the country, particularly by terrorists.

Monguno made this known at the Public Presentation of the National Fertiliser Quality (Control) Act, 2019, on Tuesday in Abuja.

Monguno, who was represented by Rear Admiral Yaminu Musa, said it had been discovered that fertilizer was used in recent times by terrorists to carry out their nefarious activities.

He said that his office would continue to collaborate with relevant stakeholders to ensure controlled movement of fertilizer, particularly to some parts of the country where it was being used to perpetrate crime.

“One will wonder what security agencies have to do with the issue of fertilizer.

“That means we are talking about all aspects of developmental issues that border on national stability and that includes food security because it is part of national security.

“I want to state here that we have been collaborating and the office of the NSA and other security agencies were part of the formulation of this very important Act,” he said.

He said the various provisions of the law were very critical and must be strictly monitored to ensure compliance.

Monguno laid credence to the provisions that emphasized adulteration, addiction, diversion, harmful substances and conversion, saying they were critical to national security.

“We are aware that the use of fertilizer is for farming but some have found it useful as a substance for the production of homemade explosive devices used by terrorists.

“That is why we have to collaborate and ensure that there is adequate control of the movement of fertilizer in Nigeria and even in the production.

“We have been collaborating with the Federal Ministry of Agriculture in the control of fertilizer movement in Nigeria.

“The NSA called on stakeholders to bear with the office in the discharge of its duties, particularly with regard to restriction of movement of certain brands to some parts of the country, particularly North East.

“We are carrying out research to ensure that some fertilizers that are available to us are not utilized by terrorists for explosives.

“With our collaboration, the normal NPK has been blended to the point that terrorists will not be able to exploit.

“The Terrorist Prevention Act and the Fertiliser Act will work well to ensure that the country is safe from the hands of those who want to use fertilizer for other means other than for food security.”

The News Agency of Nigeria (NAN), reports that the public presentation was graced with dignitaries from various security agencies, government agencies, and international organizations as well as private stakeholders and Civil Society Organisations (CSOs).

The National Fertiliser Quality (Control) Act, signed into law in 2019 has various sections bothering on its objectives, prohibited activities, inspection and enforcement power, offenses and penalties.

One of the objectives stipulates that the act is to safeguard the interest of farmers against nutrient deficiencies, adulteration, misleading claims, and short weight.

On prohibited activities, the law stipulates among others that “a person shall not operate or carry on business as a manufacturer, blender, importer or distributor of fertilizer in Nigeria with expired permit or certificate of registration.’’

With regard to inspection and enforcement, the act stipulates that an authorized officer of the Ministry of Agriculture shall inspect any premises, building vehicles or equipment used in the manufacture, blending, importation, distribution, sale, storage or transportation of fertilizer.

On offenses and penalties the Act states that among other forms of punishment, an offender risks at least five years jail term without an option of fine.