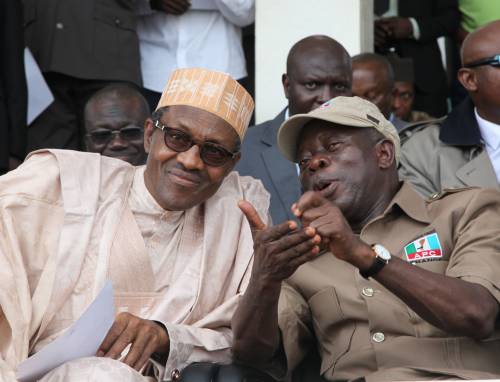 President Muhammadu Buhari, on Monday, met behind closed doors with governors elected under the platform of the All Progressives Congress (APC) at the State House, Abuja.
The News Agency of Nigeria (NAN) reports that the agenda of the meeting was unknown as at the time filing this report.
However, Gov. Atiku Bagudu, who led the governors to the meeting with Buhari, announced the postponement of the APC National Executive Committee meeting earlier scheduled for Tuesday.
Bagudu, who spoke with State House correspondents at the end of the meeting, said the postponement was at the instance of the governors.
NAN reports that the Speaker of the House of Representatives, Femi Gbajabiamila, had earlier met with the president behind closed doors at the State House.
NAN reliably learnt that the meeting between the president and Gbajabiamila was centred on the APC leadership crisis and the proposed 22.7 billion dollars loan as it affects all the six geo-political zones, particularly the South East. (NAN)