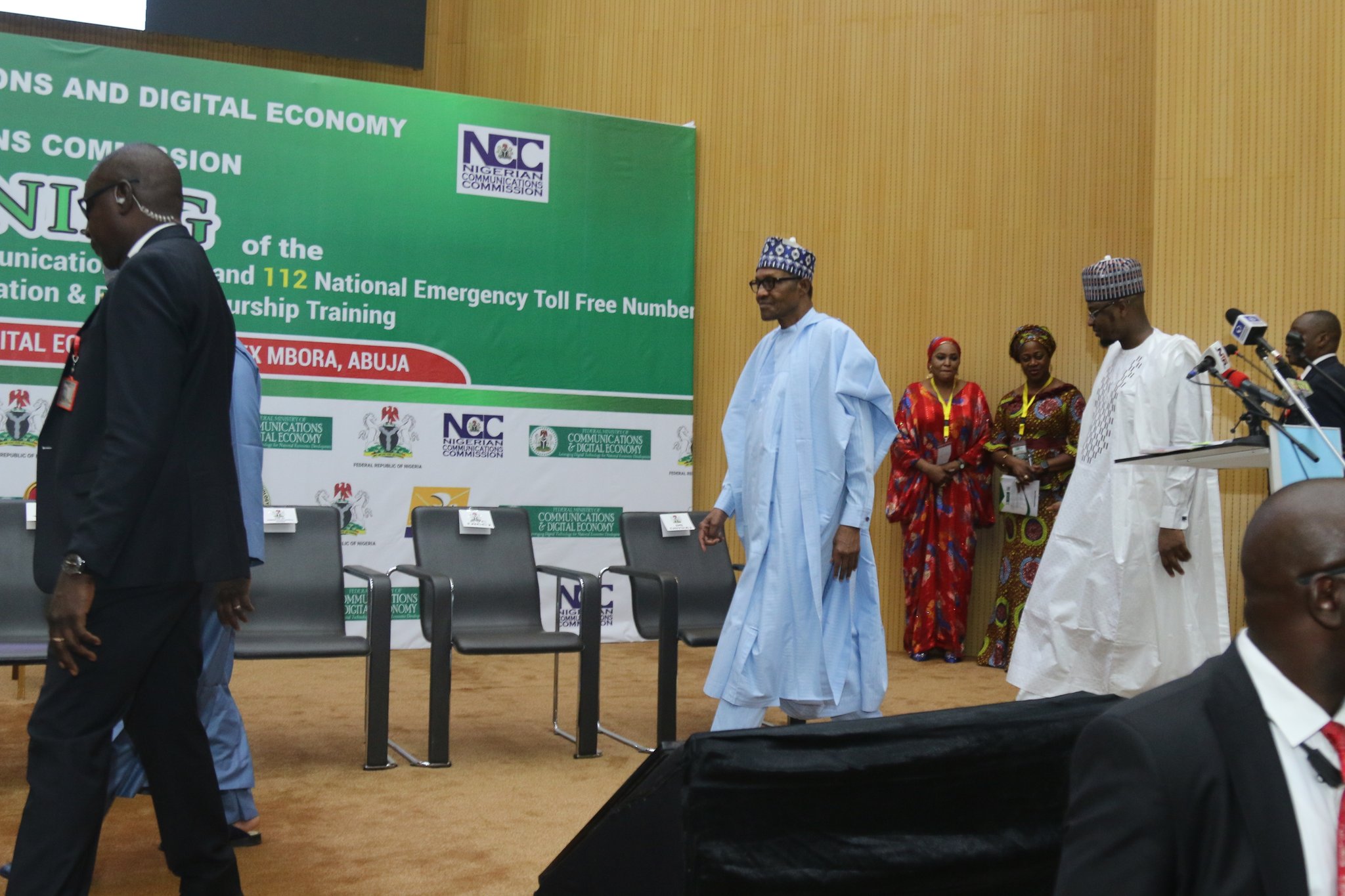 Buhari at the event directed the Minister of Communications and Digital Economy to work with all relevant government agencies to ensure full protection of critical national infrastructure.

The President issued the directive at the unveiling of the National Broadband Plan 2020–2025, commissioning of the Communications and Digital Economy complex, flag-off of the Digital Innovation and Entrepreneurship Training and launching of the Abuja Emergency Communication Centre as well as the emergency Toll-Free Number 112.

The President also urged mobile network operators to ensure full attainment of the targets set in the National Broadband Plan by giving special attention to un-served and underserved areas while deploying their services.

Buhari expressed concern about the challenges faced by operators in the country, particularly vandalism of telecommunications equipment.

He assured the operators of government’s commitment to ensuring that all stakeholders had a conducive environment to ensure the successful implementation of the Broadband Plan.

The plan seeks to boost broadband penetration as well as support the deployment of 4G network across the country.

On the newly inaugurated Emergency Communications Centre and Toll Free Number 112, the President explained that it further demonstrated his administration’s resolve to keep Nigerians safe.

”We have taken advantage of digital technologies to ensure that Nigerians in distress are only a dial away from the relevant emergency response institutions in the country.

”This will go a long way in supporting our efforts to improve the security of lives and property,’’ he said.

On the Digital Nigeria Programme, Buhari explained that ”it is one of Federal Government’s key initiatives to empower innovators and entrepreneurs with skills required to thrive in the emerging digital economy.

”It is part of our efforts to ensure that our youth, women, unemployed graduates and people living with disabilities either become employers of labour or get a large number of well-paying jobs thereby contributing to the national drive of lifting Nigerians out of poverty.”

President Buhari declared that the newly commissioned Communications and Digital Economy Complex would provide a befitting coordinating centre for the new focus on the Nigerian Digital Economy.

”It signals the desire to intensify efforts towards ensuring that Nigeria becomes an active participant in the Global Digital Economy,’’ he said.

The president, who also commented on the global effect of Coronavirus disease, acknowledged that the dwindling price of crude oil had adversely affected budgetary projections and increased the sense of urgency to diversify the economy.

He, however, expressed delight that the projects commissioned would enhance the development of the National Digital Economy and support efforts at diversifying the economy.

”The Digital Economy will also support us in fighting corruption through digitisation and enabling government digital services.

”Digital technologies have become a useful platform for economic diversification. Having recognised the benefits of these technologies we have decided to adopt the Digital Economy paradigm early,” he said.

The President also commended the Minister of Communications and Digital Economy, the Nigerian Communications Commission (NCC), the Presidential Committee and all stakeholders who participated in the development of the National Broadband Plan.

He also lauded the leadership of the Ministry for the high level of synergy amongst the parastatal/agencies under its supervision.

In his remarks, the Minister of Communications and Digital Economy, Dr Isa Ali Pantami,  said broadband penetration was key to reviving the Nigerian economy.

While citing reports from the World Bank and the World Economic Forum, the Minister said 10 per cent broadband penetration in any country would improve its GDP by at least 4.6 per cent.

With coronavirus spreading across the globe and more people living in isolation, the minister said the digital and information communication sector was providing alternatives for people to stay in touch and institutions to provide the needed basic life-saving services to the populace.

On his part, the Executive Vice Chairman of the NCC, Prof. Umar Danbatta, announced that the country’s broadband penetration had increased to 38.5 per cent.

According to Danbatta, the Digital Complex building accommodates the office of the Minister, permanent secretary of the Ministry and four departments of the Commission.

He added that the 5-storey building with two basement floors sit on eight hectares of land at the Mbora district, Abuja and is equipped with modern telecommunications facility, a crèche for nursing mothers, gymnasium, among others.(NAN)