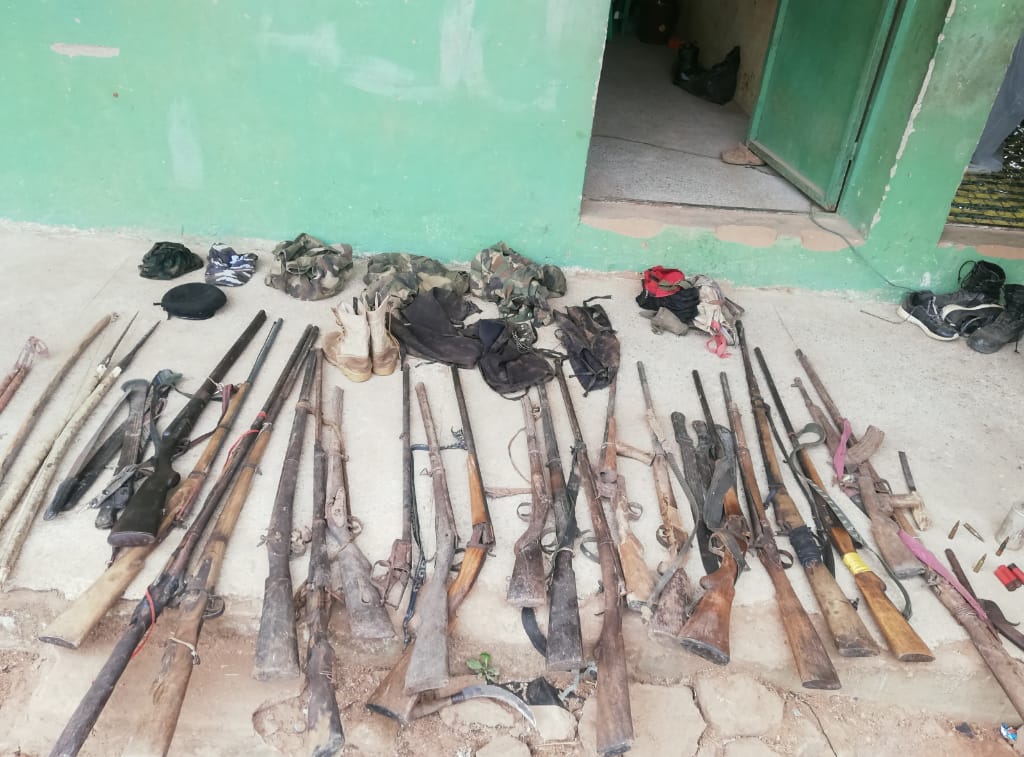 Troops Recover Large Cache of Arms from Bandits in Benue

The Defence Headquarters says the troops of ‘Operation Whirl Stroke’ deployed in Benue has recovered a large cache of weapons from fleeing bandits in Odogoke and Odejo communities in Agatu Local Area of the state.

The Acting Director, Defence Media Operations, Brig.-Gen. Bernard Onyeuko, made the disclosure in a statement on Tuesday in Abuja.

Onyeuko said that the troops carried out cordon and search operation in the communities to apprehend bandits following deadly clashes in the area.

Items recovered, according to him, include one double barrel gun, 19 locally made rifles, one pistol, four rounds of 7.62x54mm ammunition, three cartridges for pump action rifle among other accoutrements.

“Normalcy have returned to the communities and general security in the area remains calm. Troops have dominated the general area with fighting patrols to ensure peace and stability in the area.

“The Defence Headquarters hereby encourage the public in the general area to come up with credible information to enable the troops to be proactive,” he said.