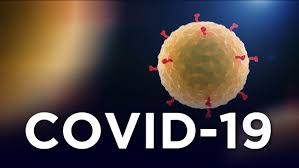 The News Agency of Nigeria (NAN) reports that Lagos State Government had last week directed closure of open markets, recreational centres, saloons and other public places with exception of those selling food, medicine and other live-saving essentials.

The government had earlier directed its workers on Grade Levels 12 and below to work from home except those on essential duties.

The Federal Government had equally directed its workers on similar grade levels to work from home before ordering a lockdown of Lagos, Ogun and  Abuja  for 14 days with effect from Monday night.

Only a few categories of workers and companies are excepted from the lockdown.

All the directives are aimed at checking coronavirus spread.

Speaking with NAN on the effects of the stay-at-home order, some wives in Lagos, expressed delight, saying that it had strengthened  bonding between them and their spouses.

Conversely, some husbands expressed dissatisfaction at the development, which some of them described as house arrest.

They claimed that it rendered them redundant.

A resident of Okokomaiko, Mrs Nkiru Ekene, told NAN that the order had positive and negative effects.

According to her, she is happy that the order has compelled her husband to spend time with her and their children, thereby strengthening bond between the couple and among all the family members.

“The situation has afforded us an opportunity to monitor the kids, my caregivers and certain attitudes they exhibit in my absence.

“However, it has also weakened financial strength, since many husbands earn their incomes  through daily sales,’’ she said.

Mrs Kosisochukwu Ndubuisi,  who lives  in the same area, expressed joy that the situation had kept her husband beside her for the greater part the days.

“Yes, I will  say that I am happy that my husband is always in the house.

“Before now, most men spend much time in drinking bars after work, instead of returning home to their families, but now, the situation changed.

“The only disadvantage is that my husband complains about finances, but it is well,” she said.

Also, a trader at the Alaba Internatioanl Market, Ojo, Mrs Queen Austin, told NAN that the order has enabled couples to interact better although paucity of finances might become  a setback.

“l now spend more time with my spouse and kids, but I think the time  for the stay-at-home should not be long.

“Again, there is no more opportunity for him to drink with friends; now, if we need to drink,  we do it together together,” she said.

Meanwhile, a Lagos businessman, Mr Bonny Chinwuba, expressed dissatisfaction with the sit-at-home order, claiming  that it had crippled his finances and businesses.

” The situation is unbearable. I was supposed to conclude my business in Calabar before this order was made, and now, it has caused me  a set back.

“I must confess, the order is not favourable at all to business. This order cannot even affect my relationship with my wife.

“Is she supposed to now carry me on her laps like a baby because we are at home together?

“So because we are now indoors, she should put me on her back or feed me with a spoon like a baby?

” In fact, the earlier businesses reopens, the better for us all,” he said.

” l cannot lie to you, I am not happy with this matter.

“It now means every husband must learn to control his temper this period while at home.

“It also means there will be a lot of conception as many babies will be produced,” he said