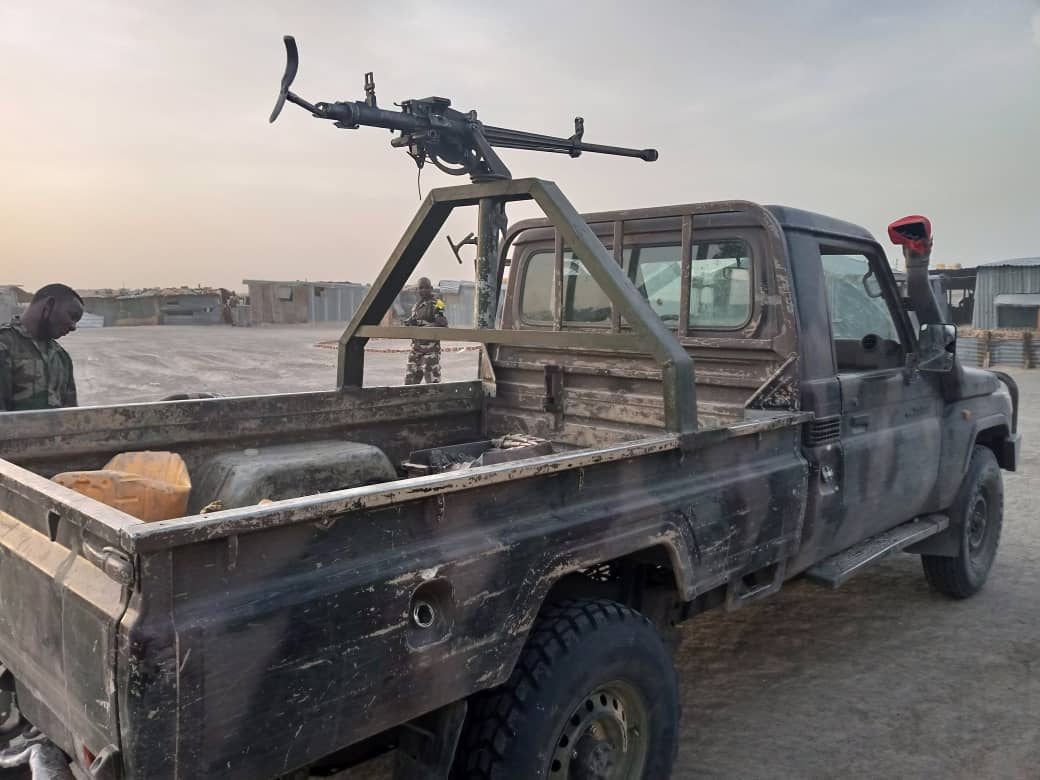 In continuation with the ongoing clearance operations in the North East Theatre of Operation, combined troops of 403 Special Forces Brigade Baga, Niger Republic Troops supported by Air Task Force of Operation LAFIYA DOLE had a fierce encounter with some Boko Haram/ISWAP elements at Kure village along Tumbun Rago and Tumbun Fulani general areas of Borno State on the 6th of April 2020.

Consequently, the terrorists were decisively dealt with during the encounter. The terrorists suffered heavy casualties and uncomfirmed number escaped with gun shot wounds. Some of the items recovered include;

One Gun Truck, One Anti Aircraft Gun, One Motorcycle. Others are One Light Machine Gun, One AK 47 Rifle and a magazine, Two Hundred and Twenty Seven (227) rounds of 12.7 mm ammunition and ten (10) rounds of 7.62 mm Special ammunition.

There was no casualty or equipment losses by the joint military forces.

Members of the public are once again requested to continue to cooperate and support the security forces with credible information that could aid/hasten the completion of the ongoing clearance operations.