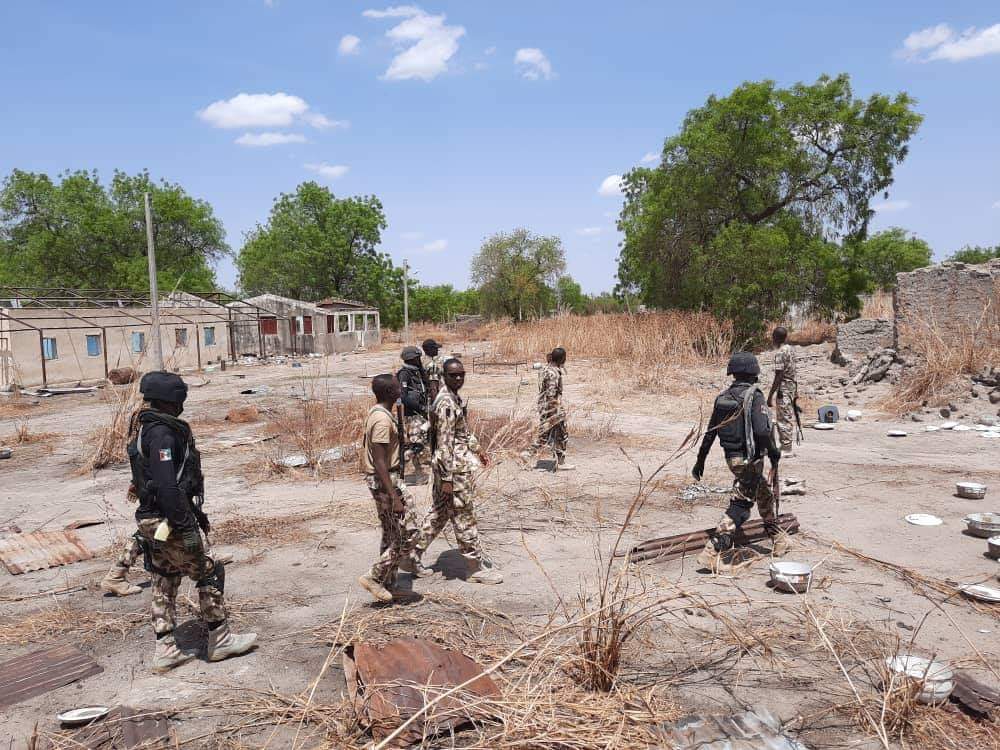 In the ongoing operation “KANTANA JIMLAN”, based on credible intelligence exposing the hideouts of some BH/ISWAP terrorists, troops of Army Super Camp 11 Gamboru, led by the Commanding Officer of 3 Battalion had on the 23rd of May 2020 conducted long range fighting patrol to clear identified terrorists’ camps or settlements around Rann general area.

During the operation, contact was made with the terrorists which led to an exchange of fire which resulted in the extermination of five (5) terrorists and the capture of the following items: 2 x motorcycles, 2 x bicycles, 1 x amplifier, 1 x battery, 2 x sewing machines and 4 x BHTs’ flags.

Similarly, on the 24th of May 2020, troops of 151 Battalion staged a successful night ambush operation at a recently identified terrorists crossing point at Firgi, where contact was made which led to an intense battle that resulted in the death of three (3) BHTs and several others were obviously wounded which forced them to abandon two motor cycles.

In the same vein, following BHTs’ attack on military location on the 27th of May 2020, troops of 155 Battalion Banki Junction, carried out exploitation operation towards Sambisa forest in pursuit of fleeing BHTs.

In summary, the number of BHTs neutralised and items captured are:

The Theatre Commander Operation LAFIYA DOLE, Maj Gen Faruk Yahaiya has commended the troops of the Sector for their sustained successes and urged other Sectors to brace up to ensure the speedy defeat of terrorism in Nigeria.