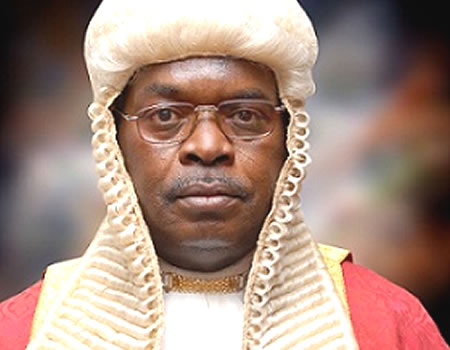 The endorsement was announced by the Secretary-General, IHRC, Prof. Rafal Wasik when he led his team to visit the Chief Judge in his office on Tuesday in Abuja.

Wasik, who was represented by the Country Representative, Amb. Friday Sani, said Bello’s nomination by President Muhammadu Buhari to represent Nigeria at ICC was a good decision.

“Considering the role you played during the lockdown in the country to fight the Coronavirus (COVID-19) pandemic in which you put your life and lives of other judges on line.

“Also, by setting up mobile courts to uphold the right of Nigerians and this has since attracted the world headquarters.

“Be rest assured that I shall mobilise our diplomatic ties with countries in the world in support of your election into the international court.

“Therefore, I have concluded to pronounce an endorsement of your nomination on behalf of IHRC,’’he said.

Wasik, however urged the Justice to assign a particular judge to deal with the rising cases of rape and maltreatment of children that has become rampart in the country.

He also prayed that Bello continued to insist on the criminal justice system in Nigeria which disallowed an accused from being detained beyond 24 hours without trial.

The Secretary General also added that IHRC Nigeria be involved in arbitrations to assist in reducing the work load on the judiciary and decongesting the prisons.

Bello, in his response appreciated IHRC and President Muhammadu Buhari for finding him worthy to be nominated to serve as a judge at ICC.

The judge, who assured IHRC of a robust partnership that would bring about the defense and protection of human rights in the country, assured that all prayers presented before him would be granted.

“In the FCT High Court, I can tell you that we have concede structural approach that would provide the avenue to address the issues of rape, maltreatment and other related offences.

“For now, we have concede children and young person’s court to be put in place so that when we have such cases, the children will no longer go to the conventional court.

“We also have a family court which we intend to put in place for re-integration of family members, especially those young ones you see sleeping under the bridges,’’he explained.

IHRC serves as intergovernmental organization with the intention to bridge the gap between leaders and the led through a high level diplomatic relationship with countries of the world. (NAN)