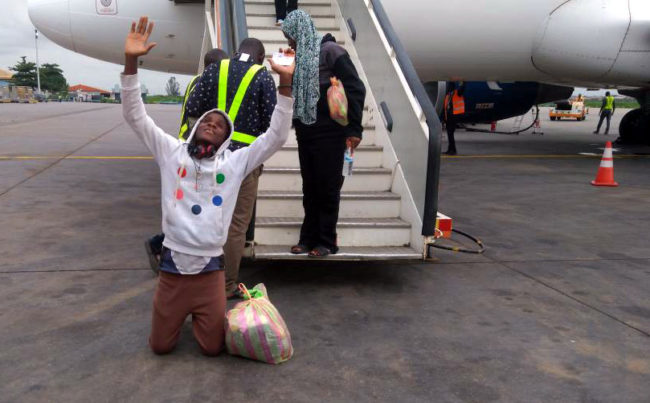 The Minister of Foreign Affairs, Mr Geoffrey Onyeama, has said that 590 stranded Nigerians have been successfully evacuated from the United Kingdom (UK) and are expected to arrive Abuja and Lagos on Tuesday.

Onyeama disclosed this in his twitter handle @GeoffreyOnyeama, on Tuesday, as he gave an update on the evacuation process.

The minister also confirmed the evacuation of 305 other Nigerians from Dubai, United Arab Emirates (UAE), via @Emirate Airline.

The evacuees from Dubai are reported to have arrived the country through the Nnamdi Azikiwe International Airport, Abuja.

“All evacuees will then proceed on the 14-day self isolation,” Onyeama twitted.

Onyeama also gave an update on the fifth evacuation of Nigerians stranded in the United States in a statement signed by the Consulate General of Nigeria in Atlanta, United States.

It stated that the flight would be expected to arrive the Murtala Muhammad International Airport, Lagos, on Saturday, August 1, 2020, at 8:00pm.

“In this regard, all prospective evacuees duly registered with any of the three Nigerian missions in the USA can purchase their one-way tickets through www.ethiopianairlines.com.
“The air fare is USD 1,500 for economy class and USD 3,000 for business class for adult/child, including all taxes, with the usual percentage reduction for infants under two years,” the statement read.