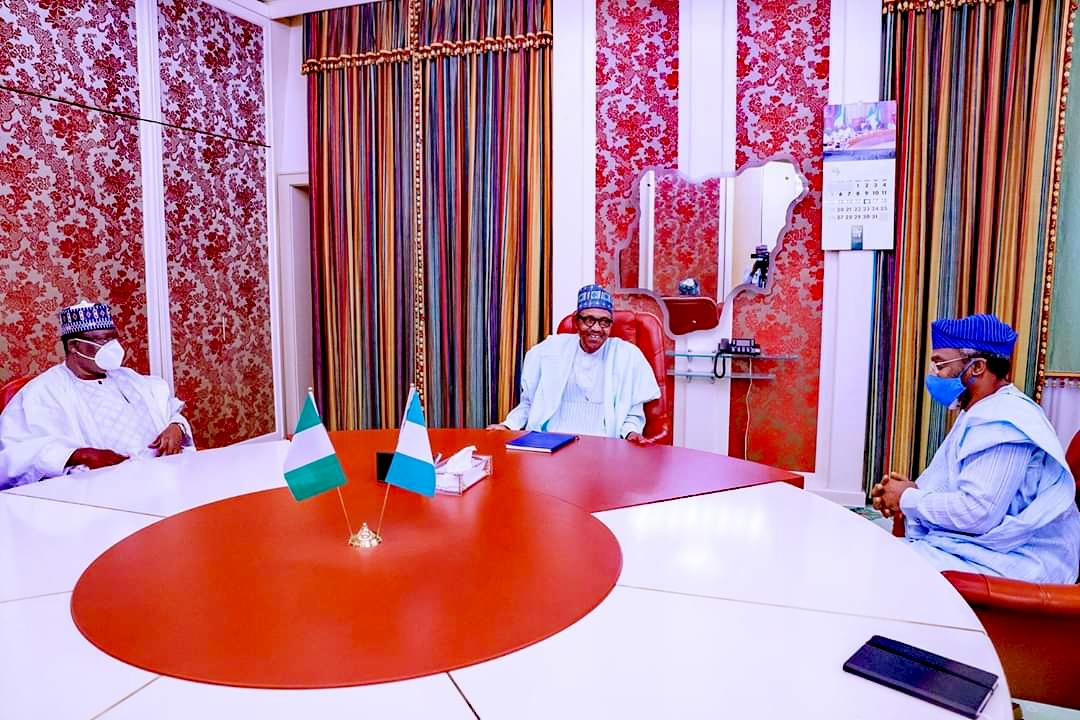 President Buhari Riots Act to Ministers, MDAs, Others on Relationship with National Assembly

The meeting, which lasted for almost an hour, was characterized by an engaging discussion on a range of key issues of National importance particularly the role of the Legislature as a critical component in supporting their common goal and commitment towards improving the lives of the people of Nigeria.

In the course of their conversation, recent events at the National Assembly were highlighted and the President re-emphasized his utmost respect for the National Assembly, adding that any disrespect to the institution by any member of the executive branch will not be accepted.

Ministers and all heads of Departments and Agencies should at all times conduct themselves in ways that will not undermine the National Assembly as an institution, its leadership and members.

The President and the leaders of the National Assembly recognized and acknowledged that the Executive and Legislative arms of government are essential partners in the fulfillment of their mutually aligned goal of improving the lives of the Nigerian people.