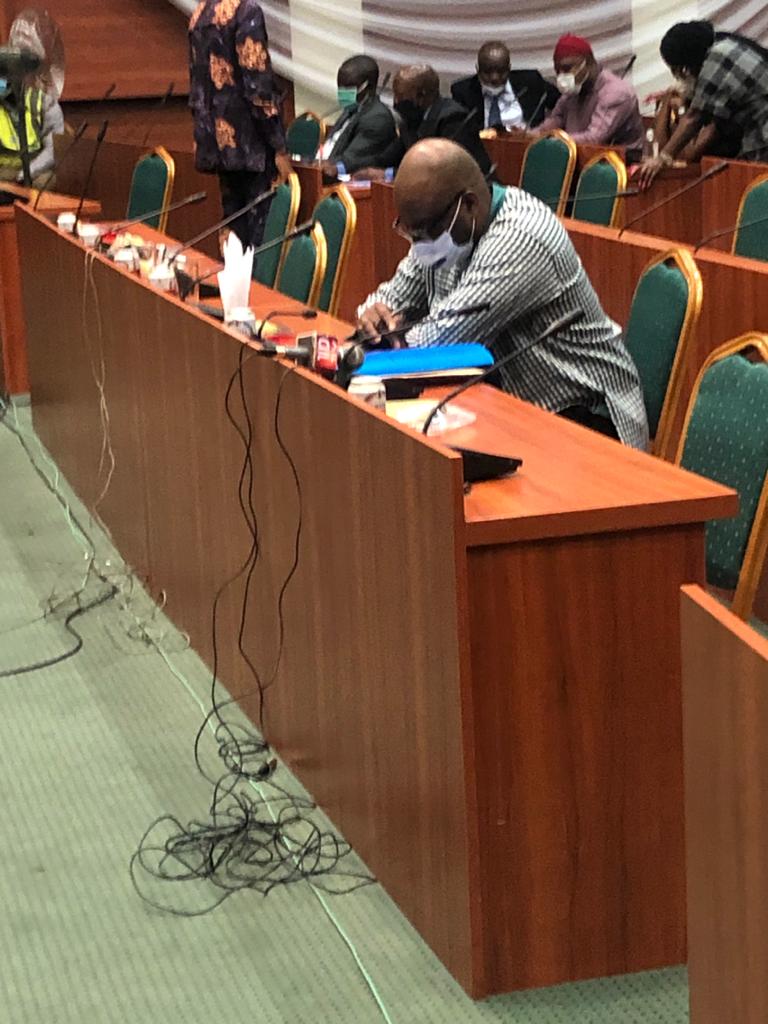 he Chairman, House of Representatives Committee on Niger Delta Development Commission (NDDC) Rep. Olubumi Tunji-Ojo (APC-Ondo), has stepped down following accusations of involvement in corrupt practices in the commission.

Tunji-Ojo stepped aside on Monday at the ongoing investigation on alleged N40 billion irregular expenditures in the NDDC in Abuja.

The News Agency of Nigeria (NAN), reports that the Interim Management Committee (IMC) of the NDDC had on Thursday, July 16, walked-out on lawmakers during a public hearing after accusing Tunji-Ojo of corrupt practices in the commission.

Stepping aside, Tunji-Ojo said that as a federal lawmaker he had kept his integrity in service of the people and would continue to do so.

“I am not a president or governor and so I do not enjoy immunity; if you have case against me, send to the relevant security agencies and if I have case to answer, I will appear.

“I read in national newspaper where the IMC accused me of being on revenge mission; this is not true; this investigation is about the emancipation of the Niger Delta people.

“This is not about any individual but the good of the Niger Delta people and so I step aside as chairman to allow all party have a sense of free and fair hearing,” he said.

NAN reports that the ongoing investigative public hearing is now being chaired by the Deputy Chairman of the committee, Rep. Thomas Ereyitomi — Details later.(NAN)