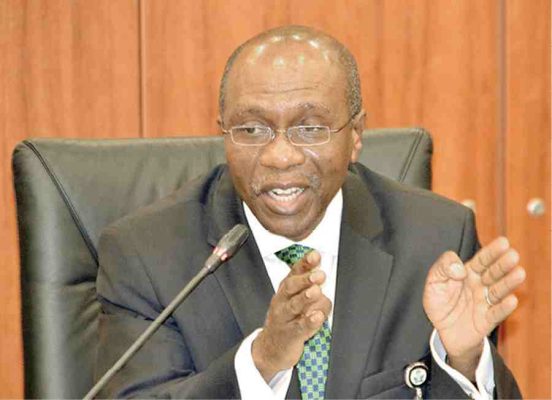 The Committee had on July 20, left the MPR, popularly called lending rate, unchanged at 12.5 per cent.

The other policy rates were also retained as: Cash Reserve Ratio at 27.5 per cent, Liquidity Ratio at 30 per cent with an asymmetry corridor of -200 basis points and +500.

In an interview with the News Agency of Nigeria (NAN) Prof. Ndubisi Nwokoma, Director, Centre for Economic Policy Analysis and Research (CEPAR) University of Lagos, said the decision was fair and of good judgment.

“The CBN opted for a middle ground between the stimulation of economic growth and reducing or fighting inflation.

“Keeping the monetary policy parameters unchanged means the trending inflation rate is not being confronted headlong.

“CBN appears to prefer growth even if it is inflationary – particularly with the growing threat of the economy entering into a recession soon.

“I think the decision appears reasonable in the present circumstance,” he said.

In the same vein, Mr Baba Musa, the Director-General, West African Institute for Financial and Economic Management (WAIFEM), told NAN that CBN’s decision was a good one.

“That was very good and indeed correct action the CBN took.

“You know the impact of the last MPC meeting has not yet been felt in the economy and with the COVID-19 still affecting the economy, the CBN is doing its best to prevent recession.

“At this moment, inflation is not a major concern. The Bank is trying to stimulate the economy and increase aggregate demand,” he said.

“Therefore, this situation explains the high interest rate environment prevalent in the Country, which is a condition not to be addressed outside the purview of relevant indices, such as the prevalent levels of interest rates.

“But the point of this post is really to rationalise the MPC Committee hold decision.

“The reality is that in this pandemic environment with emphasis on the stimulation of the economy to reactivate dormant production capacities and return gainful employment to possibly attain a V-shaped contraction of the economy, that there is little or in fact no scope for the deployment of traditional monetary policy instruments for meaningful economic management.

“Inflation which is normally the focus of CBN activities, as it pursues its primary mandate of price stability has for now been inevitably relegated to the background,” he said. (NAN)