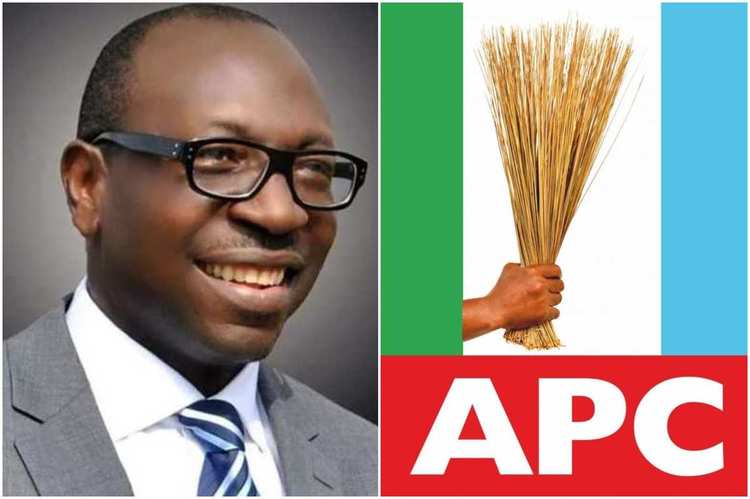 Ize-Iyamu, who was earlier presented with APC’s flag for Edo governorship election by President Muhammadu Buhari, was accompanied to the vice president’s office by Gov. Abdullahi Ganduje of Kano State.

Ize-Iyamu told State House correspondents afterward that the visit was to show the vice president the flag that was presented to him by the president and leadership of the party.

He said that the vice president was delighted, prayed for the party’s success and said everyone was committed to APC’s victory in the forthcoming poll.

“Of course, he also commended Gov. Ganduje for the way he has handled the campaign so far.

” He enjoined us to ensure that no matter the provocation from the other side; we should try to run a very peaceful campaign; we promised him we will do so.

“You will notice that we have been very peaceful in everything we have been doing; my nomination was peaceful; even when they were destroying our bill boards, rather than retaliate, we simply went to report to security agencies.

“So, we have no intention of being violent; we have talked to our supporters and we are confident that they will also be peace-abiding.

“My only appeal is that the PDP and the governor should realise that election is not do or die and should allow the will of the people to prevail and let’s do it as peacefully as possible,’’ he said.

On his part, Ganduje said that all stakeholders had heard what INEC said about peaceful election in the state.

According to him, the party is appealing to its members to be peaceful as they have been and should not allow themselves to be provoked.

“ Our own card is that of mobilisation; we have various mobilisation committees working in various communities on our side.

“And luckily enough, the governor has failed his people; that is a big advantage to the APC,’’ he said.

The Edo governorship election is scheduled for Sept. 19.(NAN)