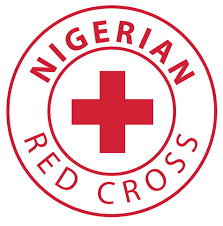 The International Committee of the Red Cross (ICRC) welcomes Nigeria’s commitment to contribute
to global ban on nuclear weapons by ratifying the Treaty on the Prohibition of Nuclear Weapons on Aug. 6.

ICRC stated this in a statement posted on its website.

The statement quoted Anne Lardy, Legal Advisor at the ICRC, as saying: “the ratification of this important legal instrument by Nigeria is commendable.

“It is a step on the way to global prohibition of nuclear weapons.’’

According to the statement, this week marks 75 years since the atomic bombings of Hiroshima and Nagasaki, the tragedy that showed the
world the devastating and irreversible effects of nuclear weapons.

It added that “the use of nuclear weapons is abhorrent to the principles of humanity and the dictates of public conscience and the Treaty recognises it.

“ICRC will continue to promote adherence to the Treaty by all states, including those that possess, or are associated with nuclear weapons.”

Nigeria signed the Treaty on Sept. 20, 2017, after it was adopted by a UN diplomatic conference.

The treaty prohibits the development, testing, production, stockpiling, stationing, transfer, use and threat in use of nuclear weapons.

For nuclear-armed states that join the treaty, it provides for a time-bound framework for verified elimination of nuclear weapons programme.
(NAN)