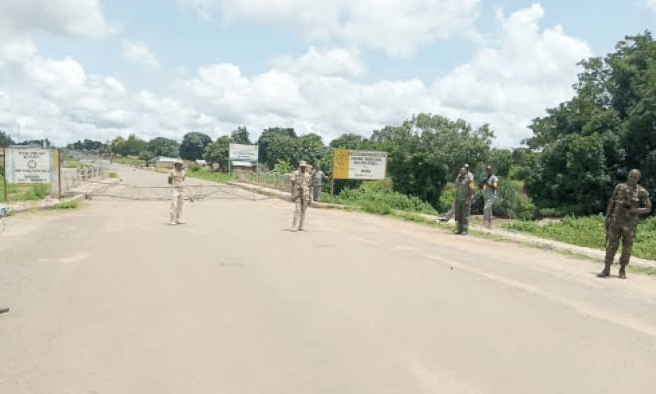 Joint Border Drill Records Seizures Worth N11bn in One Year

The Joint Border Drill codenamed ‘Exercise Swift Response’ has made seizures valued at about N11 billion in the last one year.

The Public Relations Officer of the Drill, Mr Joseph Attah made this known in a statement to commemorate one year of the exercise in Abuja on Tuesday.

The joint border drill comprised the Nigeria Customs Service (NCS), Nigerian Immigration Service (NIS), in collaboration with the Armed Forces of Nigeria (AFN) as well as the Nigeria Police Force (NPF) and other security and intelligence agencies.

The drill which began on  Aug. 20, 2019 is under the coordination of the Office of the National Security Adviser (ONSA).

He disclosed that 1,243 irregular immigrants and 622 suspected smugglers were arrested within the year under review.

The spokesperson said the exercise had also made it more difficult for terrorists and other criminals to acquire arms and ammunition, while criminal elements found it challenging to make their way into the country through the land and maritime borders.

He added that this had thus contributed to the reduction in cases of transnational organised crimes.

“And this has stimulated the growth of the agricultural sector and economy.

“Millions of direct and indirect jobs have been created. Huge amount in foreign exchange that previously went into rice importation saved. The rice farmers in the country are now venturing beyond rice cultivation to milling, packaging and marketing,” he said.