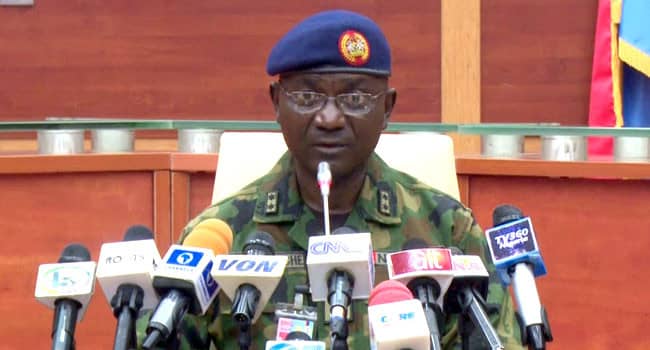 The Coordinator, Defence Media Operations, Maj.-Gen. John Enenche, who disclosed this in a statement on Wednesday in Abuja, said that scores of terrorists were killed in the attack.

Enenche said the air raid was in continuation of the sustained offensive against insurgents in the North East.

He said that the air strike was executed on Tuesday, following credible intelligence and confirmatory Intelligence, Surveillance and Reconnaissance (ISR) missions indicating a resurgence of terrorists’ activities in the settlement.

According to him, the identified locations within the settlement were therefore attacked by fighter jets and helicopter gunships dispatched by the Air Task Force.

He said that the attack resulted in the destruction of the structures and the neutralisation of some of the ISWAP fighters.