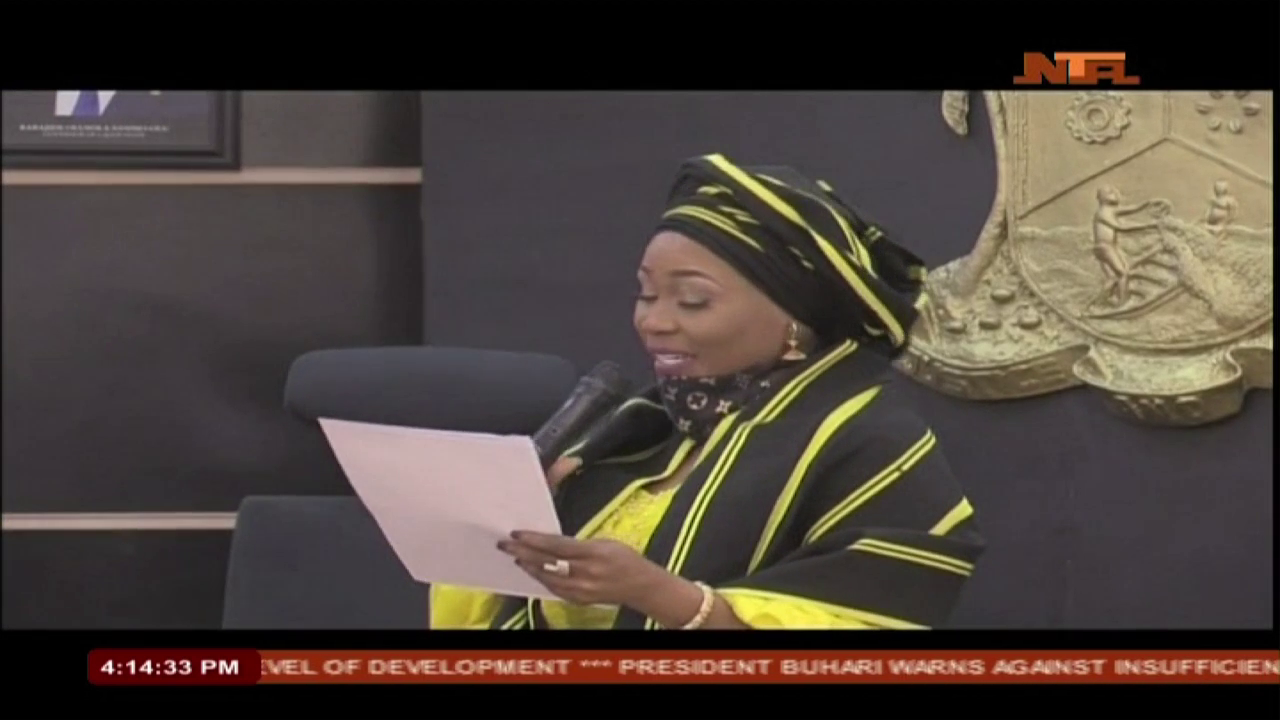 Mrs Dame Okah-Donli, Director General, National Agency for the Prohibition of Trafficking in Persons (NAPTIP), says 1,052 indigenes of Oyo State have been rescued from human trafficking by the agency.
Okah-Donli said this during an advocacy visit to the Olubadan of Ibadanland, Oba Saliu Adetunji, in his Palace on Wednesday in Ibadan.
The DG said that Oyo Sate was beginning to develop notoriety for trafficking of adults and children to quarries and plantations, domestic servitude and sexual exploitation in brothels.
“From 2004 to July 2020, a total of 1,052 indigenes of Oyo State have been rescued by the NAPTIP, consisting of 782 females and 270 males.
“Those rescued are mostly from Oyo town, Saki, Kishi, Iseyin and Ibadan.
“These victims were subjected to child labour, domestic servitude and sexual exploitation,” she said.
The DG said that NAPTIP was currently embarking on a project that would help to improve the skills and knowledge of state and non-state institutions, to reduce and prevent human trafficking in Nigeria.
Okah-Donli further said that the agency would also help in strengthening the capacity of state and non-state institutions to assist, support and protect victims of trafficking.
She sought the partnership of the traditional rulers toward a nationwide sensitisation against violations of women, girls and children’s right, through grassroots sensitisation in the state.
“We seeks your collaboration in the mobilisation of paramount rulers and the entire traditional institution in the state towards massive anti-human trafficking action and behavioral change communication.
“We also need the mobilisation of Oyo State indigenes to be vigilant, concerning trafficking of young women to the Middle East for domestic work as well as child labour,” the DG said.
In his remark, Oba Saliu Adetunji commended the NAPTIP for the interest in the dignity of human beings, which he said was basically what the agency stood for.
Adetunji, who responded through his spokesman, Mr Adeola Oloko, said that some persons had been taking the lives of children and others for granted.
“If you know you cannot take care of these children why bring them into the world and send these little children to the Middle East, all because of one domestic work or the other.
“I feel for them because they are young and vulnerable and even ashamed that Oyo State is part of it. Until recently, I did not know that our figure was as high as 1,052.
“It is a collective responsibility of all to fight this course to a stand still and ensure that non of our children is ferried across the country without their permission,” the oba said.
Adetunji said that for anyone planning to travel to any country, it was assumed that such person had come of age and was able to decide what to do over there and not for them to be abused, raped and killed.
The monarch said that the entire Ibadanland was with NAPTIP in its fight to curb human trafficking.